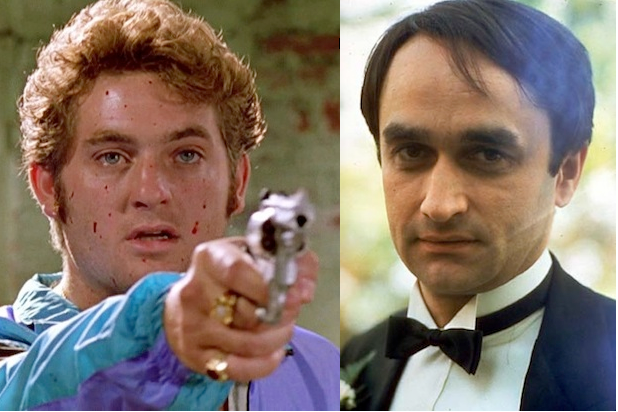 The Karlovy Vary International Film Festival, one of Europe’s longest-running festivals, will throw a massive public party to celebrate its 50th festival in July, as well as staging special salutes to the late actors John Cazale and Chris Penn.

KVIFF organizers announced details of the 50th festival on Tuesday, with the celebrations also including a concert by Czech rock band Lucie, a week of programming devoted to Lebanese cinema, a retrospective of the work of the late Soviet director Larisa Shepitko, and a program devoted to 10 young directors from European film schools.

The festival, which takes place in a picturesque spa town outside of Prague in the Czech Republic, began in 1946, the same year as the Cannes Film Festival. For a time, KVIFF was only presented every other year, making this its 50th festival even though 69 years have passed since it was launched.

The jubilee celebration will begin not with the festival’s usual private party at the Grandhotel Pupp, but with a street celebration open to everyone. Paper bow ties will be handed out to the public, who can gather in the streets surrounding the Thermal Hotel for a huge celebration and a free concert by Lucie.

“What is characteristic of the Karlovy Vary festival is its inimitable atmosphere, and it’s made by thousands of film fans who come each year,” festival president Jiří Bartoška told TheWrap. “For that reason we conceived the 50th anniversary celebration of the KVIFF as a tribute to all those people who have been our faithful visitors for so many years and whose élan for film helped create this atmosphere.

“They are the film stars, and so we’ve prepared number of events for them on the opening day – a big concert, an outdoor screening and a club program.”

On opening night, the public will also be invited to a free screening of a new feature-length documentary by Miroslav Janek, “Film Spa,” which chronicles the history of KVIFF.

The full festival program will be announced in June, but early programming will include a tribute to Chris Penn, who died at the age of 40 after a career that included “Rumble Fish,” “Reservoir Dogs,” “True Romance” and “The Funeral.”

Another program in the festival’s Out of the Past section will honor John Cazale, who only made five movies between 1972 and 1978 before dying of cancer at the age of 42. All five of his films were nominated for Best Picture, and “The Godfather,” “The Godfather Part II” and “The Deer Hunter” won. (The other two were “The Conversation” and “Dog Day Afternoon.”)

Another tribute will focus on Ukranian-Iranian director Larisa Shepitko also died young, at the age of 41, after a string of films that included “Wings,” “You and Me” and “The Ascent.”

In other announcements, the festival said that actor Mel Gibson — the recipient of last year’s Crystal Globe Award at the festival — will appear in a new KVIFF trailer directed by Martin Krejciin early May in Los Angeles. The festival has a long history of sharp, humorous trailers featuring the likes of Milos Forman, John Malkovich, Helen Mirren and Jude Law, all of whom find unusual uses for the Crystal Globe trophy.

And the following 10 young directors and films have been chosen for inclusion in the Future Frames: Ten New Filmmakers to Follow program:

The festival announced that it has also established the Karlovy Vary Festival Endowment Fund to support master’s degree students at FAMU.

The 50th Karlovy Vary International Film Festival will begin on July 3 and run through July 11.