A new Dracula movie that was meant to be directed by “The Invitation” filmmaker Karyn Kusama has been scrapped at Miramax Films and Blumhouse just weeks before it was meant to begin production and will now no longer move forward, an individual with knowledge told TheWrap.

Miramax made the call to pull out of the project over creative differences with Kusama, and the film is now dead, unlikely to move forward elsewhere.

The film was tentatively titled “Mina Harker” and was set to star Jasmine Cephas Jones (“Blindspotting”) in the title role, with production kicking off in May. The film was a modern day vampire tale in which a woman meets Dracula in present day Los Angeles. 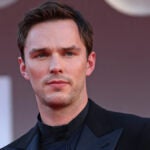 Kusama was also meant to produce “Mina Harker” alongside Jason Blum, Hay, Manfredi and Bill Block for Miramax. Bea Sequeira was meant to be executive producer and would have overseen the film for Blumhouse.

Kusama recently served as a director and executive producer on the new series “Yellowjackets” on Showtime.

“Mina Harker” was one of several Dracula-related projects in the works, as Universal also is on production on “Renfield” starring Nicholas Hoult and Nicolas Cage as Dracula. 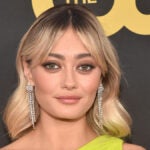