Former NBC and MSNBC stalwart Kasie Hunt is anchoring a new afternoon show on CNN+, and the host hopes “The Source” will serve as a place where viewers, who want to be “better citizens,” feel they can get reliable information.

“I want to provide good information, context, etc., to people who are trying to decide how to vote in our elections,” Hunt told TheWrap recently. “And I don’t want their politics to dictate whether or not they watch me and watch our show.”

Hunt, who is CNN’s chief national affairs analyst, said she understands there are many who have been “turned off” by the “tone and tenor” of politics of late. She hopes her show, though, which airs at 4 p.m. ET/1 p.m. PT on the CNN+ platform, will provide a place for smart conversations, including from people who may not be on the same political page. 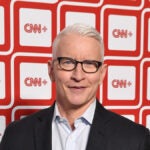 “And right now, there are fewer and fewer places where you can have a conversation about politics, where people who disagree with each other feel like they can be equally included in the conversation,” she said.

With a lengthy history on the Washington news beat, Hunt wants politicians from different parties – Republican, Democrat and independent – to come on “The Source,” noting she believes the public “deserve a full picture of who their leaders are.”

“I also want to be able to have really sharp and smart conversation about what happens because as much as I enjoy interviewing, and I think asking questions of politicians is something I would like to continue doing for the rest of my life, I also think that you then have to explain it and help people understand it — why did they say what they said? What do they mean? What are they talking around? What are they not saying?” she said. “So I’m hoping that I can bring both of those things to audiences in a way that, again, provides a place where people can actually have a conversation with each other, because as we saw on Jan. 6, if you can’t have conversations with people, if people get so are siloed into their own worlds, it ends in violence, it ends badly. And that’s a scary, scary thing.”

Also Read:
CNN+ Launches on Roku in the U.S.

Hunt was wooed over to CNN and CNN+ from NBCUniversal in 2021.

“You don’t really get very many chances in life to be part of something brand new, and part of something where they basically say to you, ‘Come do the show that you want to do, how you want to do it,’ which is what streaming is,” she said. “Streaming is how I watch TV, even though I’m in the TV business. And I think it’s the future. So, it seems like a pretty straightforward thing once it became clear that they were interested in having me and supporting me in a way that made me feel like it was possible that the show could succeed. Because obviously, TV is like a team sport, right? It takes so many people to do it well. And so I needed to know that they were willing to put the team together that it would require to make it a success. And once I felt comfortable with that, you know, it became a no brainer.”