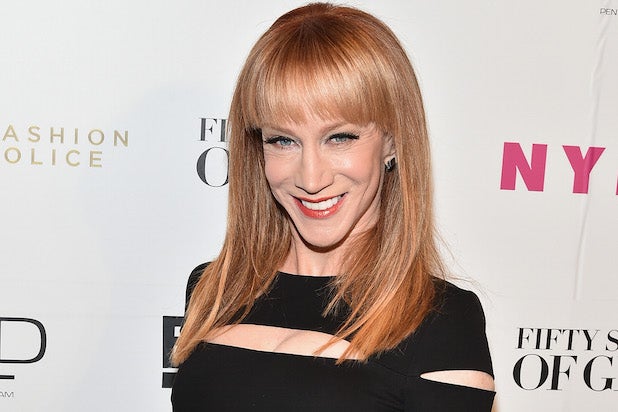 “I just don’t think that it’s really what I do. I think that Joan was the master of the one-liners and the zingers,” Griffin told Howard Stern in an interview on his SiriusXM radio show Monday. “I probably shouldn’t have taken the gig.”

Griffin, who quit the show after just seven episodes, followed Kelly Osbourne out the door of the E! series, but for very different reasons.

“Kelly has her own voice,” Griffin said. “I was a little surprised by that, because it was an up and ‘I’m outta here.’ She was pals with Zendaya, so she felt like, I think, she was just sticking up for her pal.”

The network announced Osbourne’s departure three days after the TV personality took to Twitter to express her outrage over co-host Giuliana Rancic saying Disney star Zendaya Coleman’s hair looked as if it smelled “like patchouli oil and weed” at the Oscars last month.

According to Griffin, Osbourne quit “that day.”

Last week, Osbourne appeared alongside her mother, Sharon, on CBS’ “The Talk” to address her decision to leave the show after what she called “the five best working years of my life.”

Stern suggested Osbourne may have been looking for an easy out, and Griffin agreed, “I do kind of get that feeling.”

“She said, ‘I had four or five such great years with Joan.’ To me that means, you know, it’s not the same as it was with Joan. And I gotta be honest, I kind of feel the same way,” Griffin said. “I don’t really feel it was my best work, I’ll be honest. I stand by my specials and series, and I feel like the lane that that show was in is so specific, that they weren’t able to make the transition to kind of the comedic lane that I work.”

Listen to the interview below: