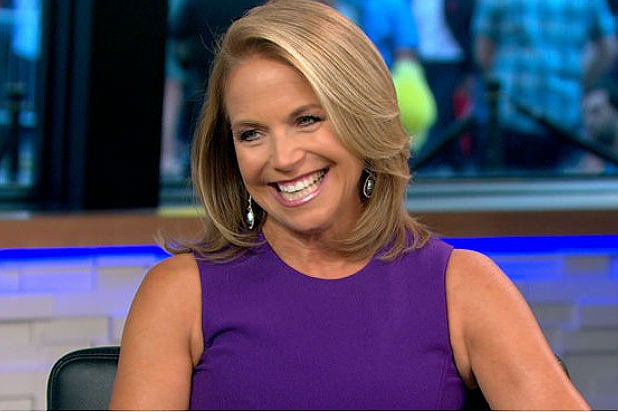 Katie Couric is leaving her role at ABC News and looking toward a new one with Yahoo, two sources told TheWrap.

“Katie is an incredible journalist and this was an opportunity that she couldn’t pass up,” said an ABC executive. “Thanks to the powerful association between ABC News and Yahoo we know that Katie will continue to work closely with us and welcome her on our air anytime.”

A person close to Couric told TheWrap the move had nothing to do with her syndicated talk show, “Katie,” and that the Yahoo deal is “in the final stages of negotiations.” Details of her new Yahoo role were unclear, but an announcement could come early next week.

Couric presently hosts the web show “Katie’s Take” for Yahoo and ABCNews.com. Because of the partnership between the two, she could appear on ABC News occasionally to promote her Yahoo work, just as she now promotes “Katie” segments on “Good Morning America.”

Also read: Katie Couric Says She Had Been Approached to Come Back to ‘Today’ (Video)

“Katie” has struggled in the ratings, as have several newer talk shows. She is happy with the show’s direction but “is considering the possibilities with ABC and at the right time will make a decision” about its future, the person close to Couric said.

Though it’s been widely speculated that Couric might one day reunite with her former “Today” executive producer Jeff Zucker at CNN, three sources told TheWrap that nothing is in the works between Couric and the cable network. Zucker took over leadership of CNN in January.

Also read: Katie Couric Is Getting Married to John Molner

Couric joined ABC News in June 2011 as part of a multi-year deal, a separate component of which dealt with the talk show. Zucker initially executive produced the show, but left to head CNN.

ABC News and Yahoo announced a news alliance in October 2011 that includes ABC News reports being streamed on Yahoo’s massive site. Couric was one of the ABC News luminaries on hand to celebrate the announcement upstairs from the Times Square studio of “Good Morning America.”

Her exit from ABC News will be the second time she has parted ways with the network: She started her career there as a desk assistant in 1979. As part of the network’s news team this time, Couric anchored specials, conducted interviews, and guest anchored on “GMA.”

Between her stints on NBC’s “Today” and joining ABC News, she spent five years anchoring “The CBS Evening News.”