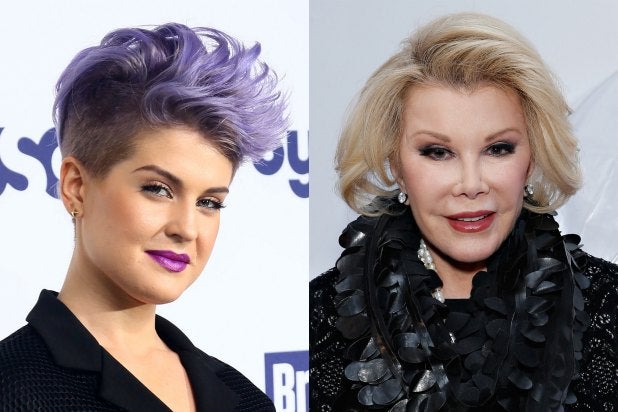 Kelly Osbourne insists that there will be no replacement for Joan Rivers on “Fashion Police” in a tweet she sent out on Monday.

Rivers, who passed away on Sept. 4 at 81, co-hosted “Fashion Police” alongside Osbourne, Giuliana Rancic and George Kotsiopoulos. No replacement has been named but several hosts have been floated as potential successors to Rivers’ spot on the show.

Osbourne shared her frustration about speculations over who will take Rivers’ place on the E! show, telling her Twitter followers:

#enough already!!! yes @e_FashionPolice Will be back in January but NO ONE WILL REPLACE @Joan_Rivers!

After Rivers’ death, E! broadcast a special tribute to her with an all-day “Fashion Police” marathon, capped off by a 90-minute primetime commemorative episode. The special marked the cable network’s highest rated Friday in two years, scoring 1.1 million viewers.

E! denined to TheWrap earlier this month that they had placed Kathy Griffin at the top of a short list of potential replacements for Rivers. Griffin also confirmed that E! had not contacted her.

“Fashion Police” debuted on E! in 2010. In April of 2013, the series’ writers went on strike in protest of not being given overtime wages. River hosted the show from the series premiere until her death.