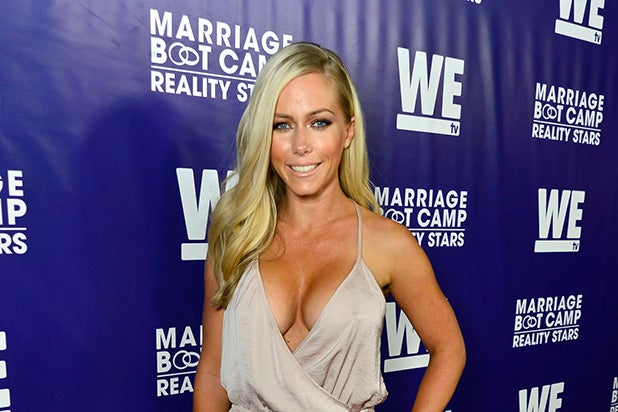 In an interview with People, Wilkinson defended the Playboy founder, and accused Madison of trying to manipulate him for money and power while she was his girlfriend.

“Holly, you can tell, had this ulterior motive every minute being at the Mansion,” Wilkinson said. “And that motive was — it was clear as day — she wanted Hef’s kids, she wanted a piece of Playboy and she wanted to marry Hef for, obviously, his will.”

“That didn’t happen,” she continued. “So what do you think’s going to happen? Revenge. So we’re witnessing some revenge here.”

Among the charges levied against Hefner is that he’s actually a pretty lousy lay.

“There was zero intimacy involved,” Madison wrote. “No kissing, nothing. It was so brief that I can’t even recall what it felt like beyond having a heavy body on top of mine.”

Hefner indirectly responded to claims in Madison’s book with a statement released earlier this week.

“Over the course of my life I’ve had more than my fair share of romantic relationships with wonderful women,” he said. “Many moved on to live happy, healthy, and productive lives, and I’m pleased to say remain dear friends today. Sadly, there are a few who have chosen to rewrite history in an attempt to stay in the spotlight. I guess, as the old saying goes: You can’t win ‘em all!”

Wilkinson and Madison starred together the E! reality series documenting their relationship with Hefner, “The Girls Next Door,” which ended its six-season run in 2010.