A version of this story about Kerry Washington first appeared in the print edition of TheWrap Magazine’s Miniseries/Movies Emmy Issue.

But the 39-year-old actress landed in a different type of Washington drama with HBO’s made-for-TV movie “Confirmation,” about the 1991 Supreme Court confirmation hearings for Clarence Thomas. Washington plays Anita Hill, the law professor who accused Thomas of sexual harassment in an earlier job. 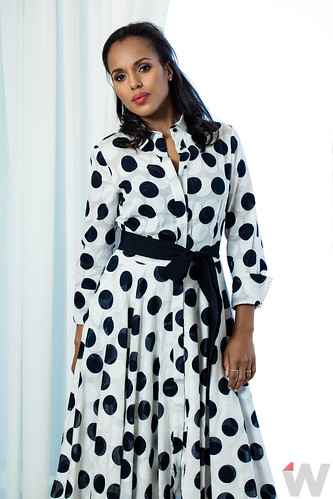 How much did you know about the Anita Hill case when you started working on “Confirmation?”
When the hearings happened, I was about 13, so most of my memories of it are through the eyes of my parents. At the time, it had a really profound impact on me because my dad was really pulled compassionately in the direction towards [Thomas], this very successful black man who was having his reputation and his career maligned publicly in front of this panel of white men.

My mom was very compassionately pulled in the direction toward Anita Hill, this professional black woman who was was being re-victimized after coming forward as a victim. Usually, my parents were on the same page politically, but this was kind of the first moment where I was aware of my identity as an African-American and as a woman and how that might be more complicated than I thought beforehand.

What did you learn about the case that you didn’t know before?
We tend to think about the hearings and about that time as a he-said, she-said story. The more research we did, the more we realized it was much more complicated than that. That this was really a story about access and power and control and political agenda. 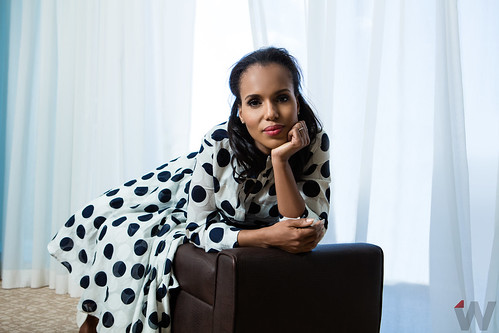 Why do you think the Anita Hill case became such a flashpoint?
Two of the things that are most difficult for us to talk about, as a society, as a culture, are gender and race. The hearings were this absolute collision of race, gender and power. You had the most important seat on the Supreme Court — this icon of justice, this African-American man, Thurgood Marshall, was retiring, and who was going to fill that seat? The Republican White House had to fill that seat. There was a political agenda from the beginning.

There was so much about it that was shocking to Americans. You couldn’t turn away from it. 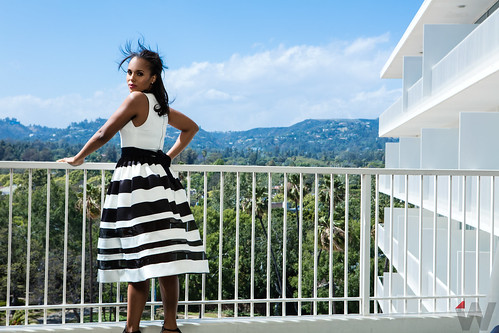 Usually you play fictional characters. What were the challenges in playing a real person this time?
It’s hard because Anita Hill is somebody that I respect enormously, and at the same time, I wanted to make sure we weren’t making a film for her approval. As an executive producer, I wanted to tell a story that was complicated. I wanted you to be pulled in the way that I was at 13. I wanted you to be pulled compassionately toward Joe Biden, and toward Clarence Thomas and toward Anita Hill.

I wanted you to jump into this story and see how much more complicated it was than what we knew at the time. That was my goal as the producer: It was to be very well-rounded and even-keeled and even-handed. As an actor, my job was to completely devote myself to her, and really honor her, and yet not try to please her. I wanted to make sure I showed the parts of her that maybe she doesn’t identify with.

The hearings were extensively covered. Did you go back and watch them?
I watched all of her press conferences and all of the hearings again and again, because I wanted to understand the rhythm of how she spoke, and how she made the choices about what she said, and how she held her body. Even our posture says so much about who we are and how we think about ourselves and our circumstances. I really try to lean into the raw footage as an artist and as a social scientist in a way to try to really uncover who she was. 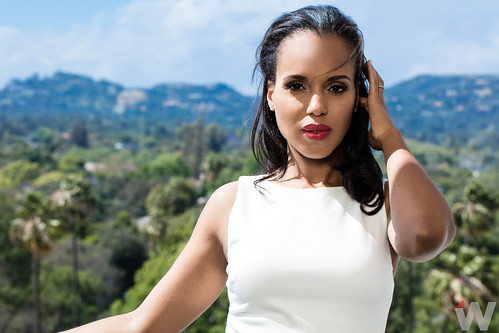 You’re already busy working on ABC’s drama “Scandal.” How were you able to balance that schedule with making “Confirmation?”
The preproduction period was complicated. As we were researching and developing and casting and hiring costume designers, we were literally meeting with the directors in my trailer at Sunset-Gower [Studios]. At my lunch hour from shooting “Scandal,” we were interviewing different directors for the film. The same with cinematographers and costume designers. A lot of them were phone calls that I would do at my lunch hour, on my way to the set, on my way home. Then we broke in time for me to really jump into casting. I threw myself in.

HBO was really supportive of me being a hands-on producer. They understood that I didn’t want to be a figurehead producer, that I really had a voice and really wanted to be part of the vision of how this film unfolded and was created. They also were like, “OK, it’s time for you to take the producing hat off, and get into her shoes.”