While “Avengers: Endgame” is certainly one of the most emotionally draining movies in the Marvel Cinematic Universe, there was an alternate path in which the film was even more devastating. Like, a lot more.

“Kevin did actually pitch at one point taking all the OGs off the board,” Russo said. “We thought it was way too aggressive and that the audience wouldn’t be able to process it, and that in fact picking one or two characters to make sacrifices throughout the movie might give you moments throughout the film where the action could stop and you could have emotional catharsis and then continue with the narrative and then have more emotional catharsis.”

Joe’s brother and co-director Anthony Russo was quick to add that this was never scripted and was merely a conceptual idea. “That was early days,” Anthony said. “It wasn’t like there was ever a script or anything that had that in it.” 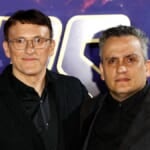 Still, Joe noted that Feige’s idea was to actually make an ending even more upsetting than the ending of “Toy Story 3.”

“Kevin early on had pitched this idea that it was like ‘Toy Story 3’ where they should all actually jump into the fire in order to save the universe, and we thought you have to step out storytelling on something of this scale, so we weren’t quite sure how the math would add up to get to that.”

The initial planning for “Infinity War” and “Endgame” originated back in 2014 during a Marvel creative retreat in which executives met to discuss how they would pay off the arrival of Thanos at the end of 2012’s “The Avengers.” The Russo brothers signed on to direct in April 2015, before they had even shot “Captain America: Civil War,” so they clearly had a long time to work through all the possible permutations of “Endgame” with Feige, Marvel and screenwriters Christopher Markus and Stephen McFeely.

Let’s just all be glad they didn’t go with this incredibly dark ending. 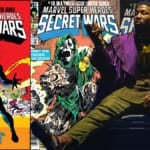