House Minority Leader Kevin McCarthy was accused Saturday by a former spokesperson for Republican lawmakers of wanting to plunge the U.S. into the type of crisis currently gripping Afghanistan with his constant attacks on President Biden.

During an appearance on MSNBC’s “Weekends With Alex Witt” on Saturday, Kurt Bardella launched into a fiery tirade against McCarthy and other prominent conservatives who have chosen to forget the chaos of Donald Trump’s presidency.

“This isn’t the tested leadership the president promised. It’s a picture of weakness and incompetence,” McCarthy said in a clip played by host Alex Witt. “If you want to be president of the free world, you have to have the faith, the trust and the confidence of the American public. President Biden lost that yesterday and there will be a day of reckoning.”

Witt asked Bardella for comment on the McCarthy’s remarks in the clip — and Bardella did not hold back. His commentary begins at the 1:05 minute mark in the video above. 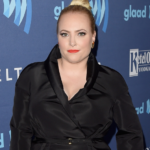 Also Read:
Meghan McCain Rips Biden Over Kabul Attack: ‘Resigning Might Be Simpler for Everyone’

“This is completely a party that’s made a concerted and dedicated effort to try to undermine democracy and it’s just par for the course,” Bardella charged. “Republicans have made the calculation that their only path to power is to try to destabilize a free democracy.”

“It’s ironic watching everything going on with this hurricane because I remember last time we had a major weather event when Donald Trump was president and he used a Sharpie to draw the path of a hurricane,” Bardella continued, before listing off more “greatest hits” of the Trump presidency. “You want to talk about incompetence? How about the guy that told us we should inject ourselves with bleach? How about the guy who presided over half a million American deaths right now in this country because of this deadly disease of COVID that we’re still dealing with?”

“Time and again we’ve seen incompetence, destruction, anti-Democratic values and Republicans had nothing to say about it. Republicans defended it. So now for them to try to suggest in any way that Joe Biden fits in that category is ridiculous.”

Bardella went on to allege that, if Republicans take back Congress, we’re going to get two more years of “trying to impeach Joe Biden” and trying to “undermine democracy.”

He concluded, “What’s going on in Afghanistan will happen right here in America if Republicans have their way.” 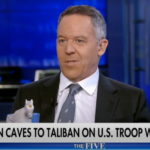