As Season 4 begins, Eve is on a new revenge mission, while (former?) assassin Villanelle has found herself a place in a new community where she’s working to convince herself she’s not a bad person. So, yes, this season will definitely be exploring the concept of change (even the trailer shows Villanelle on a therapist’s couch, discussing how she killed two people the previous evening “after I tried really hard not to”) for these characters.

“It’s interesting because I feel like Villanelle wants to on the surface, but … I’m not quite sure she knows who she’s trying to change for,” Comer told TheWrap as she spoke about the return of the series alongside Oh. “It’s like she’s trying to prove something to everyone around her who’s telling her she’s incapable of doing it. So, it isn’t coming from a truthful place.” 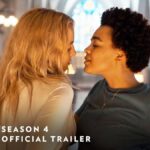 Comer said that Villanelle’s murky reasons to adjust her behavior/life/self will lead the former operative to get “into a bit of a tricky situation” as she attempts to win over her new world. “And I think she thinks it’s going to be easy. She’s like, ‘Oh … I’ll be able to do this. No problem,’ in contrast to Eve, who I feel like, when you see her at the top of this season, it’s very evident that she’s grown and she’s taken the time and she’s gone on her own journey. The motivations are very, very [different]. And I feel like Villanelle – she doesn’t have a strong sense of herself and she’s so conflicted by that.”

While the particulars on how the final season opens for the two women has been kept underwraps (Eve is seen jogging in the trailer, and agreeing to sex after a quick debrief about what it was like shooting someone in the hand), Oh suggested for her character, there’s already been quite a bit of change since we last saw her looking back at Villanelle on Tower Bridge in London.

“I’d say at the very beginning, Eve’s change is much more integrated. You see her visually how she’s trained. You see how she’s taken on certain personas. You see how she’s integrated elements of Villanelle, you know, and is putting it into practice that serves her own revenge mission,” Oh explained. “So, that is definitely something that I really wanted to start the season with – that we felt there was a bit of time that passed between the bridge, and that they are at very different places and at their different places in accepting each other quite truthfully. But I do feel like we do get to that point.”

Filming this final season meant change behind the scenes too. Due to the pandemic, and the finality of wrapping up a beloved show, Oh said there was “pressure” when TheWrap asked about the abundance of chemistry Oh and Comer have had throughout the seasons.

“I feel like there was a lot of pressure. And I can’t say what the pressure was because it’s, you know – doing our job. It’s hard and fast. You know what I mean? So there’s just time pressure, there’s creative pressure, there’s just a lot of pressure,” Oh explained. “But I do find that a lot of times really great sparks and creativity happen. And … there are times where there might be something that’s going on for us that’s kind of sparking and magical, but you don’t really know if that’s going to translate in the editing room. We don’t really know. And hopefully it does, and hopefully people can see or experience what we experience. But you never really know. There’s really no guarantee.” 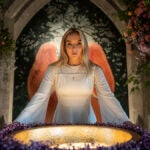