Jimmy Kimmel mocked Fox News on Thursday night, after several of their hosts compared the suspected arson incident that led to the burning down of the network’s Christmas tree to a “hate crime.”

“It’s not,” the “Jimmy Kimmel Live!” host said, first responding to the team from “Fox & Friends” who used that particular language.

“You can’t commit a hate crime against a channel, in the same way that you can’t shoplift at Esty,” he added. “It’s impossible, really.” 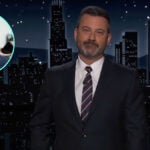 Kimmel continued: “They must not have anything to talk about at Fox this week because they really went to town on this, ‘We have been victimized jag,’ and no one did more phony foaming at the mouth than the little dumber boy.”

The late night show host then showed a clip of Tucker Carlson noting that the DJO keeps track of how many Quran’s are burned in the U.S., “but they don’t keep track of Christmas trees,” the Fox primetime host said. “Why is that?” he then asked.

Kimmel, of course, had a response for Carlson.

“Well, for one little snowflake, unlike the Quran, Christians don’t base our faith on pine trees,” Kimmel said. “It’s the reason we don’t hang popcorn and Cookie Monster ornaments on the Bible, but you know that.” 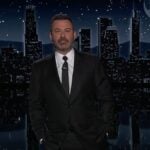