The Korean adaptation of “La Casa de Papel” aka “Money Heist” has landed a buzzworthy star.

“Squid Game” actor Park Hae-soo, who portrayed Cho Sang-woo in the wildly popular Netflix series, will play the role of Berlin in the upcoming Korean version of “Money Heist,” the streamer announced on Wednesday.

The news comes on the heels of Netflix ordering a spinoff of “Money Heist” focusing on the Berlin character, a terminally ill jewel thief played by Pedro Alonso in the original Spanish-language series.

“Money Heist” was originally planned to be a limited series that played out in two parts, but after airing its original run of 15 episodes in Spain, Netflix acquired global streaming rights and renewed the series for an expanded Part 3 and eventually Parts 4 and 5. The show was a massive hit on the streamer and as it traced two long-planned heists with a narrative that plays out in real time. The final batch of episodes that will conclude the original series debut on Netflix on Dec. 3.

The South Korean adaptation was first announced in November 2020, but was delayed due to COVID. BH Entertainment and Contents Zium are producing the 12-part adaptation, while Kimg Hong-sun is set to direct. 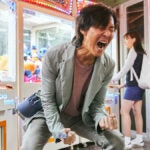