The news that Kristen Stewart would be portraying Princess Diana raised a few eyebrows initially. Now, the first trailer for “Spencer” has the K-Stew fans feeling vindicated and the skeptics minding their tea and crumpets.

Neon dropped the first official look at “Spencer” on Thursday, which showcases an almost wordless yet nonetheless compelling peek into Stewart’s performance as the beloved royal.

“Spencer,” which was Diana’s maiden name before she wed the British royal, will center on the weekend in which Princess Di decided to leave her marriage to Prince Charles during Christmas 1991.

Despite consistently turning in critically-lauded work for the last decade, some audiences still can’t seem to shake Stewart’s “Twilight” past, thus contributing to the question marks surrounding her ability to play the biopic’s tragic heroine.

Neon stirred up excitement for “Spencer” on Wednesday, when the studio released a breathtaking poster for the film featuring Stewart cowering in a grand white dress with her back turned. But the reaction to the dramatic shot was nothing compared to that of the intriguing trailer on Thursday.

Check out some of the highlights here.

The project’s pedigree may silence some naysayers though. In addition to Stewart’s take on the “People’s Princess,” the film also features Timothy Spall, Sally Hawkins and Sean Harris. It was directed by Pablo Larraín, who transformed Natalie Portman into Jackie Kennedy for the critically-acclaimed “Jackie,” and was written by Steven Knight, known for “Peaky Blinders,” “Locke” and “Dirty Pretty Things.”

The movie is making its world premiere at the Venice Film Festival but will also play Toronto, and Neon and Topic Studios are jointly distributing the film in theaters this awards season on November 5. The film’s run will somewhat coincide with the 25th anniversary of Diana’s death in 2022. 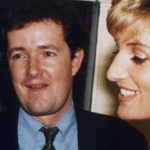