Kymberly Herrin, an actress and Playboy Playmate best known for her brief role as an enchanting ghost in 1984’s “Ghostbusters,” has died at the age of 65.

The Santa Barbara News-Press published an obituary stating that Herrin had passed away peacefully in her home in Santa Barbara, California, on Oct. 28.

Herrin’s niece, Theresa Ramirez, shared a photo on Facebook of her aunt with her two late sisters with the caption: “They are all together now. Aunt Kymberly Herrin. I love you.”

Herrin was a model and an actress, appearing on magazine covers as well as feature films. Her most memorable onscreen moment was her brief portrayal of a “dream ghost” during a montage midway through Ivan Reitman’s original “Ghostbusters.” It was an infamously R-rated joke in a PG-rated movie (a year before the PG-13 came into existence), one that was lost on most kids first watching the film at a young age. 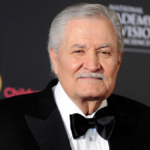 She also appeared in Robert Zemeckis’ “Romancing the Stone” that same year, while eventually playing a Playboy Playmate in Tony Scott’s Eddie Murphy-starring blockbuster “Beverly Hills Cop II” in the summer of 1987. Among music video credits, she is remembered as one of a number of models who strut their stuff in the video for ZZ Top’s “Leggs.”

As a model, she was featured on the cover of Playboy’s September 1982 and September 1983 issues after serving as Playmate of the Month for the March 1981 issue.

While a cause of death has not yet been revealed, family has asked for donations to the American Cancer Society in Herrin’s honor to “further the research of the prevention and treatment of breast cancer.” 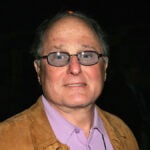