This story about Kyra Sedgwick first appeared in the Miniseries/Movies issue of TheWrap’s Emmy magazine.

It took Kyra Sedgwick nearly a decade to get “Story of a Girl” made into a movie, because people just didn’t get it. An intimate portrait of a family woefully unequipped to deal with their teenage daughter’s fitful transition into womanhood, Sara Zarr’s 2007 young-adult novel lacked the kind of flash necessary to attract the attention of Hollywood producers looking for the next “Twilight.”

But to Sedgwick, that’s exactly why the movie needed to be made.

“I thought, ‘Where are the stories about what real teenagers are going through?’ I didn’t feel like I saw it anywhere,” said Sedgwick, who made her directorial debut with the Lifetime film. “I know for me growing up, I always processed my feelings through art. We need to see ourselves reflected back from the film and TV we see and the music we listen to.”

Also Read: Kyra Sedgwick on When She Learned Husband Kevin Bacon Is Her Cousin: 'Most White People Are Related'

“Story of a Girl” centers on 16-year-old Deanna (Ryann Shane), who’s grappling with the wrong kind of viral fame three years after a video of her having sex with an older guy made the rounds online. She’s been ostracized by her classmates and scorned by her best friend, and her relationship to her father (Sedgwick’s “The Closer” co-star Jon Tenney) has fractured to the point that he can barely bring himself to look her in the eye.

But Sedgwick met resistance pitching the story around Hollywood. “It was about a teenage girl, and I think that unless you had some sort of high concept for teenage girls at that time, people weren’t really interested,” she said. “I also think while I feel like there’s one explosion — an emotional, familial explosion — not everybody saw it on the page. They were like, ‘But where’s the big moment?'” 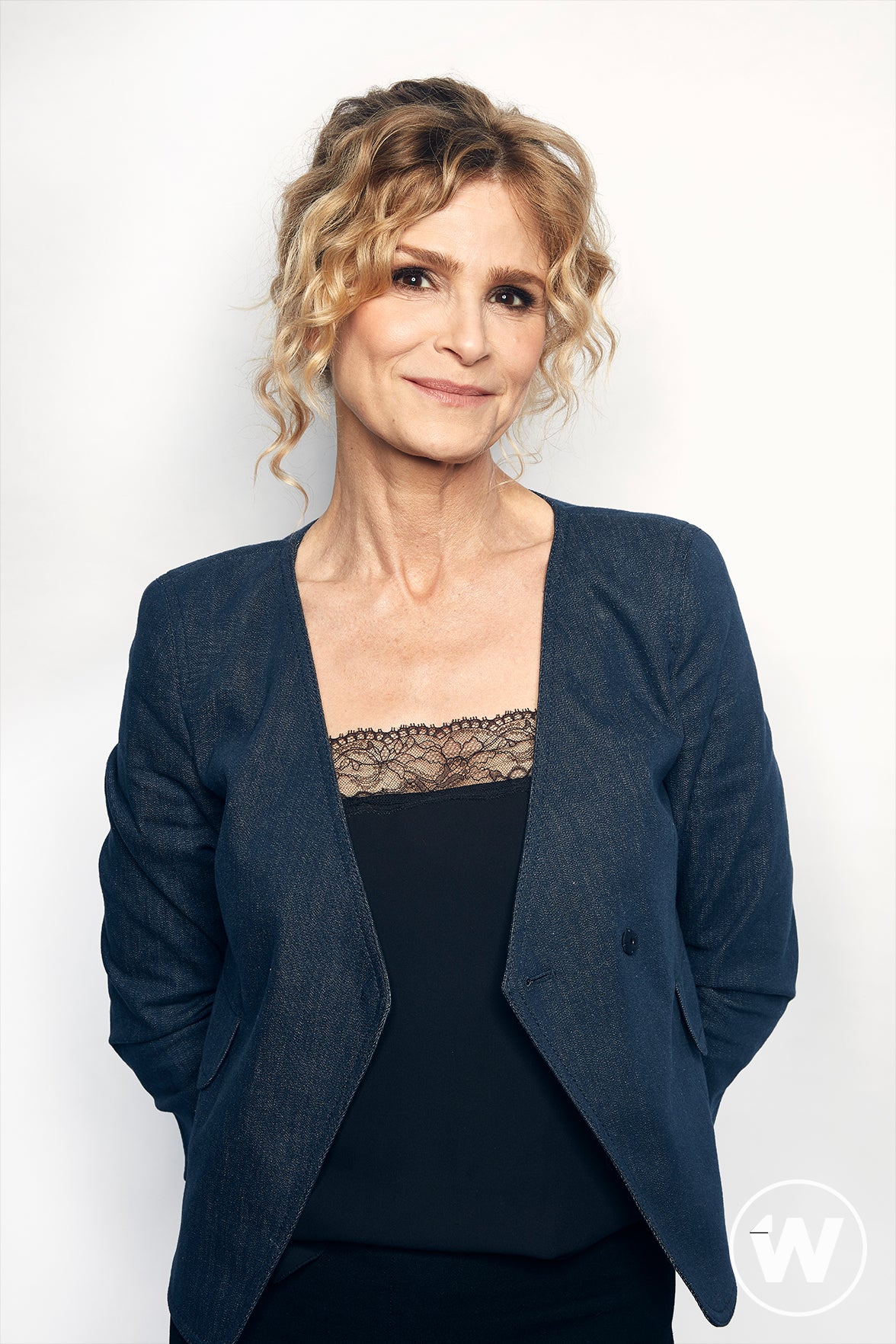 Director Kyra Sedgwick, “Story of a Girl” Photographed by Justin Bettman for TheWrap

To Sedgwick, though, it was obvious what that “big moment” was: a scene in the kitchen where Deanna finally confronts her father.

“I know the courage that it takes for anybody to speak their truth,” she said. “I think that’s monumental, and I think it’s tantamount to a huge pyrotechnic explosion. You have to have a little imagination.”

Also Read: 'All My Children' Actress Accuses Daytime Emmys of Gender Bias After Her Award Is Revoked

It wasn’t until she took the project to Lifetime and finally volunteered to direct it herself, as part of the network’s Broad initiative to hire more women behind the camera, that “Story of a Girl” finally came together.

“It just goes to show you that the director makes a big difference,” she said. “The director needs to…” She trailed off, then corrected herself. “I need to connect to material on an emotional level. I need to feel how important the story is in order to make it important for other people. I think that’s true of every director, but it’s particularly true for me.”

A professional actress since she was a teenager on “Another World,” Sedgwick had no interest in directing for most of her career, despite the prodding of her husband, actor and sometime director Kevin Bacon. (Bacon also co-stars in “Story of a Girl,” as does the couple’s daughter, “13 Reasons Why” alum Sosie Bacon.)

“I think what happened is that we tell ourselves stories,” Sedgwick said. “Anytime I felt any desire bubble up inside me, I said, ‘Yeah, but I can’t do that.'”

In addition, though her decades of experience as an actress and producer equipped her with all the skills she’d need to be an able director, Sedgwick hesitated, in no small part because of the industry bias against female directors. “We become our own jailers,” she said. “We tend to make ourselves small, especially women. At least, we were told that we were supposed to be small. You shouldn’t want too much of the pie, you’ve been so successful [as an actress], be happy with that.”

“This part of my artistic journey as a director feels much more like a calling than my acting, in a weird way. That’s the only way I can describe it, as a calling.”