Eva Longoria Bastón’s “La Guerra Civil” is no ordinary boxing documentary. Longoria Bastón grapples with the legacies of two boxing greats, Oscar De La Hoya and Julio César Chávez, and how their respective backgrounds sparked a cultural divide over what it means to be Mexican.

Chávez was Mexico’s greatest fighter and a Mexican icon, but his fame was nearly matched with the emergence of De La Hoya, an American boxer from East Los Angeles who comes from a proud Latino heritage.

“La Guerra Civil” examines how, ahead of the two facing off in the ring, De La Hoya was booed by fans who didn’t feel he was a “real Mexican,” an expert in the doc says, how he received a letter from the Mexican president telling him not to wear the Mexican flag on his boxing trunks and even how he received veiled threats from the Mexican cartels that he could be in trouble should he win against Chávez.

“Deep down inside, I was like, ‘I’m going to prove to all these Mexicans that I’m Mexican enough,” De La Hoya says in the trailer for the film. 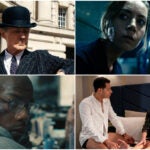 Longoria Bastón makes the strong case that boxing, more than any other sport, incorporates race and heritage into its showmanship and fan base and how significant it was to see worldwide champions like De La Hoya and Chávez in the ring in the 1990s. She also manages to sit down with both fighters as well as other contributors such as Eduardo Lamazon, Jose Luis Camarillo, George Lopez, Claudia Trejos, Ron Borges, Rudy Mondragon, Leigh Steinberg, Mario Lopez, Joel De La Hoya Jr., Rodolfo Chávez, Ignacio Beristain, Eric Gomez, Dan Rafael and Jesus Rivero.

“La Guerra Civil” will make its world premiere at the virtual Sundance Film Festival with its first public screening on Thursday, Jan.20 at 5:30 p.m. MT. It will then make its premiere as a DAZN Originals production later this year. 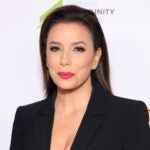