His daughter Savanah Kerwin shared the news Wednesday on Facebook: “I am so sorry to those we have not been able to reach out to personally to notify but Lance Kerwin passed away yesterday morning. We appreciate all the kind words, memories, and prayers that have been shared. As the coming weeks progress, I will share more information about after life ceremonies. He loved each and every one of you.” 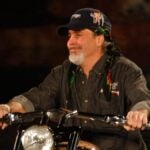 Kerwin played Mark Petrie in Tobe Hooper’s eerie adaptation of the Stephen King tale. The character’s love of horror movies helps him defend himself when his best friend becomes a vampire and shows up outside his bedroom window one night in a scene every horror lover will remember. David Soul and James Mason costarred in the two-part series, which aired on CBS in November 1979.

He also starred as the title character in the coming-of-age series “James at 15,” which was followed up with “James at 16.” The series dealt frankly with topics including sex and STDs. The Emmy-nominated series ran from 1977 to 1978 on NBC.

Kerwin, who was born on Nov. 6, 1960 in Newport Beach, California, also appeared in the Scott Baio after-school special “The Boy Who Drank Too Much” and “The Family Holvak” with Glenn Ford. He also guested on TV series including “Wonder Woman,” “Murder, She Wrote,” and “Simon & Simon.” 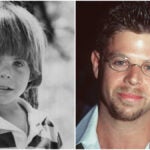 One of his last roles was as “American mercenary” in the 1995 movie “Outbreak.”

Kerwin, who became a youth pastor, is survived by his five children: Savanah, Fox, Terah, Kailani, and Justus. 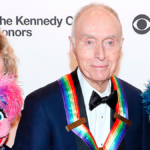