Entertainment journalists and industry professionals lamented the disappearing art-house film scene in Los Angeles following Landmark Theaters’ announcement that it will shutter its Pico Boulevard location at the end of May.

In a statement to media Wednesday, Landmark Theaters president Kevin Holloway said that the location has tried to extend its tenancy to no avail.

“We send our deepest appreciation to the Pico staff, guests, and the filmmaking community for their support over the years. We’re exploring opportunities to expand our Los Angeles footprint, which we hope to be able to share more on soon,” he added. 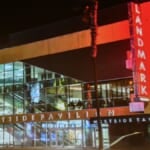 Many decried The Landmark Pico’s closing as yet another sign of small movie theaters losing out to corporate purchasing power on part of national chains like AMC. Additionally, people drew comparisons to another significant blow to L.A.’s local indie fukn scene, that of Arclight Cinemas — as well as its sister chain, Pacific Theaters — on Sunset Boulevard.

“First the ArcLight, now this,” wrote film critic Christy Lemire on Twitter. “A crucial arthouse hub in LA. I’ve seen so many [sic] movies there, moderated so many Q&As, had so many glasses of wine & fun chats in the lobby bar. It’s a fantastic venue with a top-notch staff and great snacks. This is tragic.”

“All of the history and reverence for film is being stripped away while corporate marauders with no love for cinema systematically destroy the movie-going experience,” TV writer Gennefer Gross added.

The Landmark Pico first opened in 2007, and the 12-screen theater was home to many screenings hosted by TheWrap and other outlets. While it specialized in arthouse fare and themed programming, it regularly showed blockbuster films and hosted Q&A sessions with filmmakers. 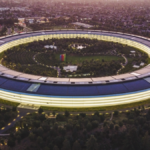