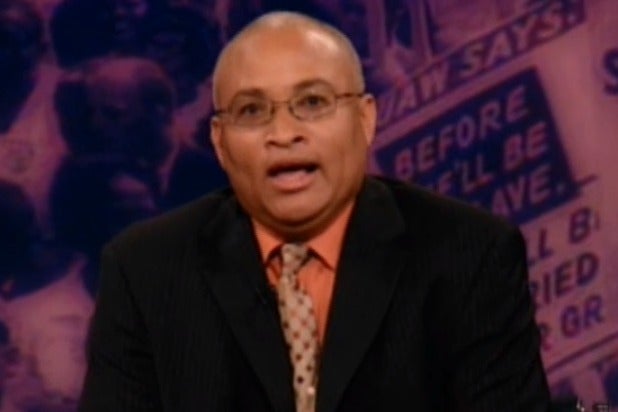 Wilmore’s show will air weeknights at 11:30 p.m., in the slot where “The Colbert Report” currently airs beginning January 2015.

See video: Stephen Colbert Dresses as a Vampire During Interview With Role-Play Candidate

On “The Minority Report,” Wilmore, who serves as Senior Black Correspondent on “The Daily Show,” will provide “a distinct point of view and comedic take on the day’s news from a perspective largely missing in the current late night landscape,” Comedy Central said. In addition to Wilmore, the show will also feature “a diverse panel of voices currently underrepresented in comedy and television.”

“We are thrilled to be expanding our relationship with Jon Stewart and Busboy Productions, and are looking forward to the world getting to know Larry Wilmore even better. He’s a spectacular talent in front of and behind the camera,” Comedy Central president Michele Ganeless said. “‘The Minority Report with Larry Wilmore’ follows in the Comedy Central tradition – bringing new perspectives to the day’s events and breaking ground in the world of late night television.”

Added Wilmore, “I’m beyond excited to have this chance to continue my relationships with Comedy Central and the brilliant Jon Stewart. I love the city of New York and promise to only wear my Laker t-shirts when I’m layering.”

In addition to his “Daily Show” duties, Wilmore’s credits include co-creating “The PJs” and “The Bernie Mac Show” and writing for “In Living Color,” “The Fresh Prince of Bel Air” and “The Jamie Foxx Show.” He also consulted on the NBC comedy “The Office,” and served as an executive producer/showrunner on “Black-ish,” which received a series order from ABC this week.