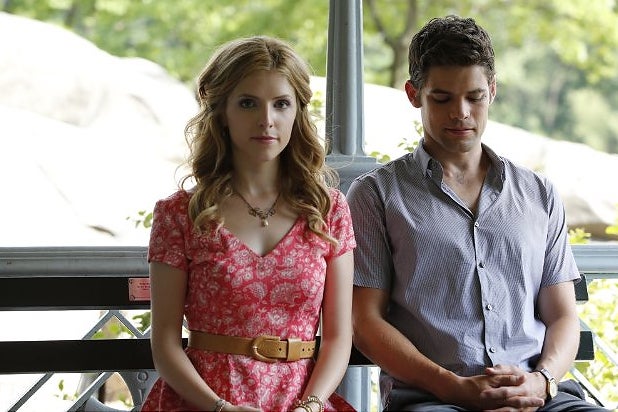 Richard LaGravenese never had any doubts that his adaptation of off-Broadway cult musical “The Last Five Years” would be made outside the studio system.

“Being a musical theater lover, I’ve always been wary of stage-to-screen adaptations because, you know, things get changed, actors get cast who can’t sing or things get cut — it just ends up not the same show you were obsessive about,” he told TheWrap.

“The Last Five Years” is the latest in a string of musicals — original and adapted — produced independently. John Carney‘s “Begin Again,” starring Keira Knightley and Mark Ruffalo, is it’s most recent predecessor, while the Coen Brothers’ “Inside Llewyn Davis” was a critical success and cost only $11 million.

The  movie that seems to have kicked off the current trend toward more intimate, grounded, small-budget musicals was Carney’s 2006 film “Once,” though some experts don’t necessarily believe the trend favors indie musicals over traditional studio fare, like the recent “Into the Woods,” from Disney.

“Audiences don’t differentiate,” said USC associate professor Jason Squire, who teaches movie-industry studies. “They look for what they perceive as quality. The younger the audience member, the less time they have. I wouldn’t be surprised if musical projects become more popular on the web.”

The emergence of the web, particularly day-and-date as a legitimate distribution method, has become a crucial tool in allowing filmmakers to take risks and avoid making compromises to fit into the studio system.

“I think with technology and the different ways people can view entertainment has freed us up to make things for niche markets … you can have the freedom to experiment,” said LaGravenese. “I didn’t have to compromise the musical to please a wider audience in order to make a profit or to be successful. It was never my intention. If it bleeds over to the general public, that’s great and that’s wonderful, but I’m tired of having to make things that have to please everybody because that’s the way marketing machines run now.”

Coming off of “Beautiful Creatures,” very much a studio film budgeted at $60 million, LaGravenese has found a new home outside the system.

“I really loved this experience,” he said. “It had different challenges, nothing’s perfect, but I can only speak for me and the point that I’m at in my life. I loved this experience — 21 days of shooting, everyone showing up certainly not for the salary but really committed to making this piece. Creatively, it was the greatest time. So yeah, I’d like to do more of it.”

“The Last Five Years” is out now in New York and Los Angeles, and is streaming on demand.