Colorado Rep. Lauren Boebert has no regrets about heckling President Biden during his State of the Union address this week. In fact, she says she would make the same decision over again — despite all the blowback.

Boebert appeared Wednesday on Fox News, discussing the incident with Laura Ingraham. When Ingraham asked Boebert why she chose to pop off during the speech, Boebert said she was “fired up” and that she wasn’t “wrong” to do it.

“Laura, it is never wrong to stand up and speak out for moms and dads who lost their children,” Boebert said. “And I want to remind everyone who may be concerned about me speaking up at the State of the Union, that Joe Biden was 100% responsible for the deaths of the 13 brave service members we lost in Afghanistan. And last night, he took zero responsibility for it. So when Joe Biden started talking about flag-draped coffins, I got fired up.” 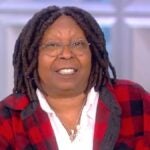 She then noted that she has zero regrets about doing so, and would readily do it again. You can watch Boebert’s full comments in the video above.

“You’re darn right I spoke up. And if I could redo last night, I would absolutely do it again,” she said.

Boebert made two attempts to interrupt the President on Tuesday, one coming as Biden talked about veterans. When he mentioned his son Beau, who died of cancer likely developed due to hazardous exposure during his military service, Biden mentioned “a cancer that would put [soldiers] in a flag-draped coffin.” 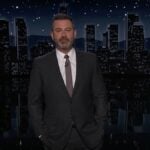 Also Read:
Kimmel Runs Down Some of the More Awk Moments From Biden’s State of the Union (Video)

At that point, Boebert screamed: “You put them in, 13 of them!” a reference to soldiers killed last year in the Afghanistan withdrawal. She was met with booing on the House floor, and some hostile words online.

Prior to Biden starting his speech, Boebert also tried to get a “Build the wall” chant going. That time, things fizzled out after someone from the Democratic party told her to “sit down,” according to Daily Beast reporter Matt Fuller.