A version of this story on Laurie Metcalf appears in the Down to the Wire issue of TheWrap’s Emmy magazine.

When a friend of Laurie Metcalf‘s texted her on June 14 to congratulate her on Emmy-nomination morning, the veteran actress said she immediately thought, “Well, what would I have been nominated for?”

The confusion was understandable, since Metcalf, who won three Emmys for “Roseanne” in the 1990s, had been entered in the Emmy race for her lead role in the third and final season of the HBO comedy “Getting On” and for guest spots on the long-running sitcom “The Big Bang Theory” and Louis C.K.’s new web drama “Horace and Pete.”

It turned out that Metcalf scored nominations for all of them: three roles, three nominations, three different categories. 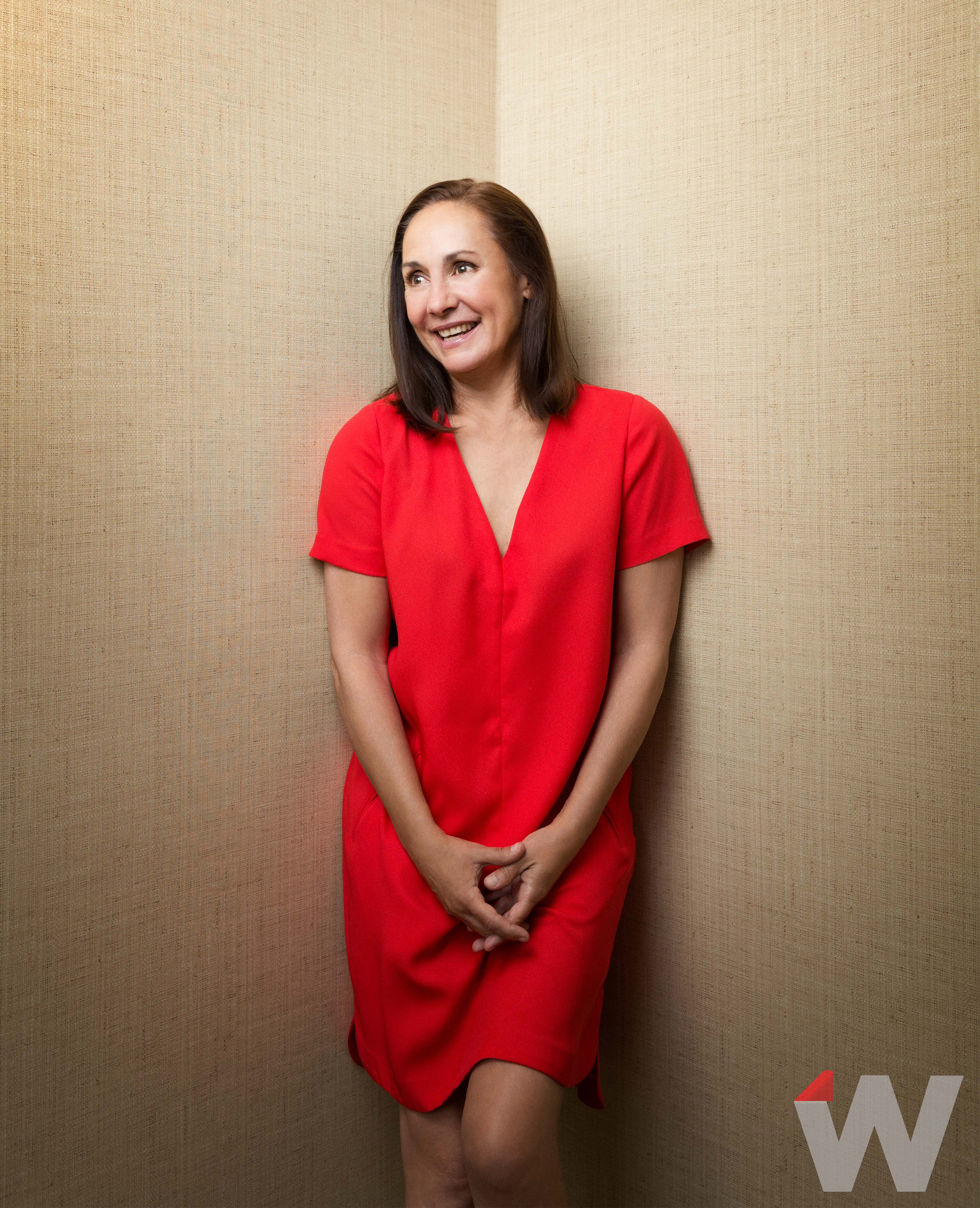 “I think to other people it looks like, ‘Oh, you’re working all the time,” she said with a laugh. “But no actor ever is.

“It just so happened that ‘Getting On’ had ended last November, and then ‘Horace and Pete’ took one day to shoot while I was in New York anyway doing ‘Misery’ on Broadway. And ‘Big Bang,’ I pop in on that show maybe once a season.”

Her rundown of the three Emmy-nominated performances (see video interview above):

Also Read: Emmy Contender James Corden on Overzealous Fans Forcing Him Into Car: 'Am I Being Kidnapped?' (Video) 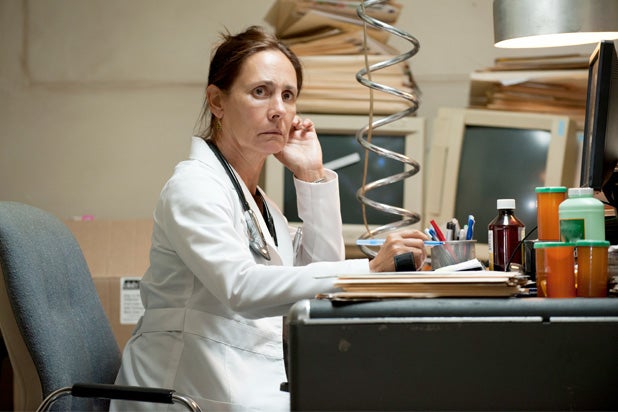 “Getting On”
Outstanding Lead Actress in a Comedy Series

In the HBO series based on a British comedy, Metcalf played Dr. Jenna James, a brusque and socially awkward doctor in the geriatric ward of a run-down hospital.

“When I saw clips of the BBC version, I fell in love with the show and got WAY too excited about it. I thought, I have to be on the American version of this. The writing, the direction, the washed-out, muted look of it, the cast — it’s rare to be working on a show operating on that level.

“The first line of the first episode of that show is, ‘You know there’s a turd on that chair in the corner.’ It might be a little hard to figure out in your imagination what the tone will be — it could be a big, broad, four-camera sitcom, or it could be something else.

“This season was bittersweet: It was a great last season, but it was the last season, and we all really miss it.”

Also Read: 'Getting On' Creators Credit HBO Go for Staying on the Air 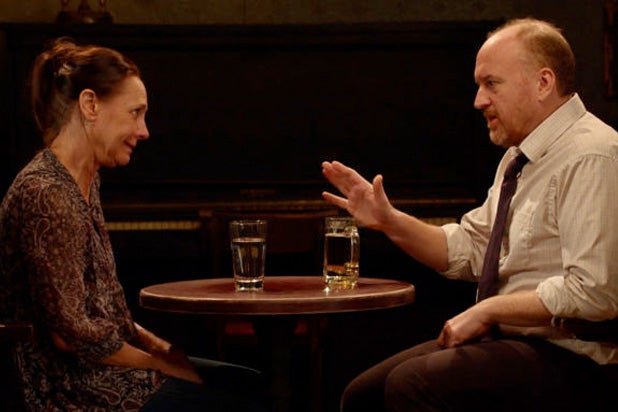 “Horace and Pete”
Outstanding Guest Actress in a Drama Series
Most of the 40-minute episode, which was shot in a single day, is an unbroken shot of Metcalf, who plays Louis C.K.’s ex-wife and delivers a startling monologue in which she confesses a sexual dalliance with her current husband’s father.

“I was turning the pages and reading the script, and it kept going and going and going. I was really excited, because I’d been a fan of Louis C.K. for so long. But I thought, ‘I don’t even know if I can learn this, honestly.’

“But I knew it would be one of the best challenges I’d ever have, and I started learning it that day. I had a month to learn it, thank God, and it really did take that long to get it down.

“It was only two people, and he wanted to shoot it in one take, so that became my responsibility, to know it backwards and forwards and be able to rattle it off as conversation.

“And then the shooting day, the four or five hours we had, was intense because of the amount of material, but it was so fun and rewarding at the end to have done it.” 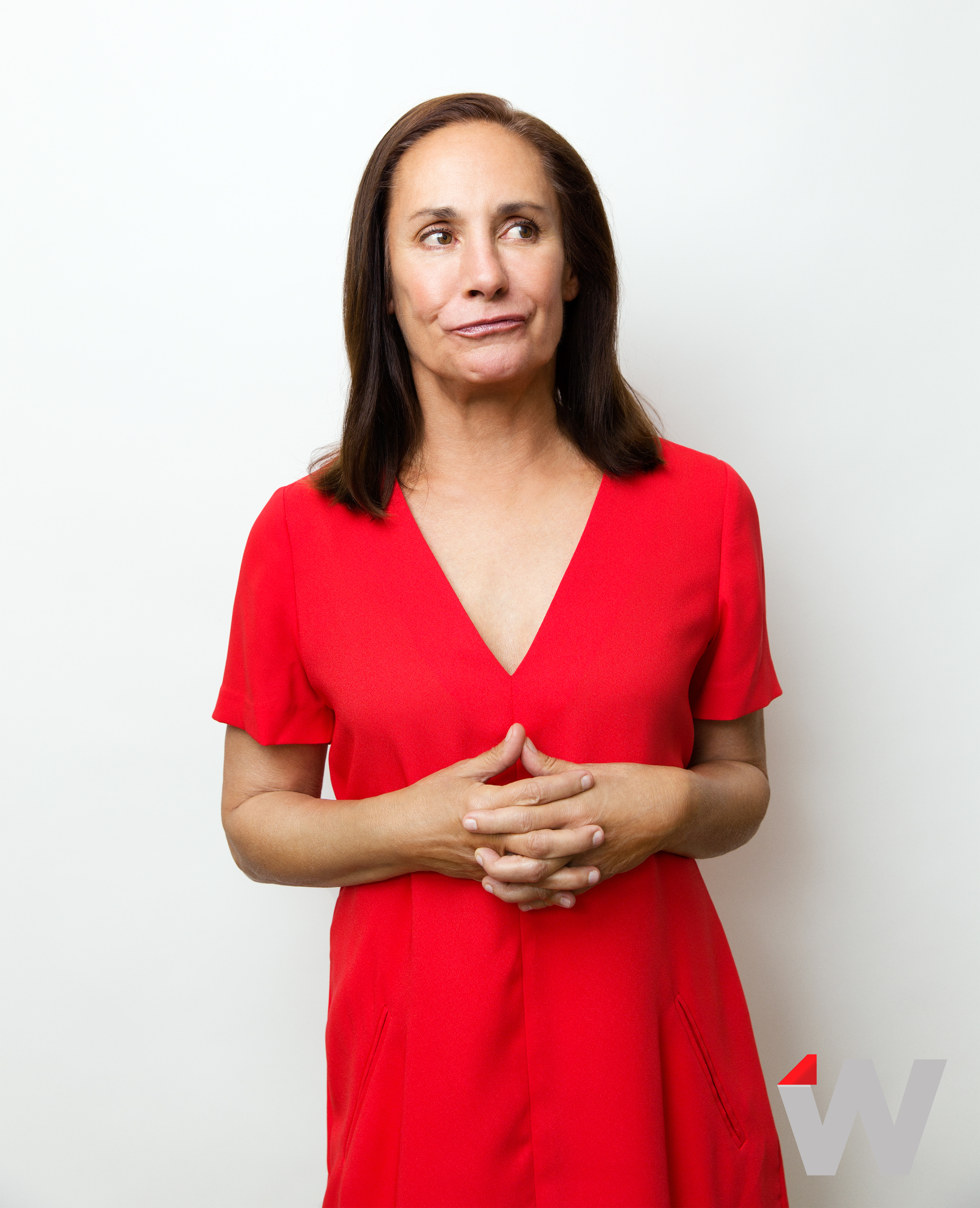 “The Big Bang Theory”
Outstanding Guest Actress in a Comedy Series
Metcalf plays Jim Parsons‘ mother and was nominated for the season’s final episode, one of only two in which she appears.

“It really takes me back to my ‘Rosanne’ days when I go on that show, because a lot of the people who work on it, like Johnny Galecki, are old ‘Rosanne’ people.

“It’s so crystal clear to me who that character is that it just kind of comes alive even when months and months go by without revisiting her. It becomes, ‘OK, what’s Mary gonna wear in this episode? All right, now I remember.’

“It’s extremely different from those other two projects, but that group is operating at the top of their game. And it’s the best of that sitcom world. The writing is smart and tight, and everybody on that set is really professional and doesn’t take being there for granted at all.”