Was the Organized Crime Task Force really being shut down? In the winter finale of “Law & Order: Organized Crime,” the squad led by Sergeant Ayanna Bell (Danielle Moné Truitt), came together for what seemed like one last time to save her and Elliot Stabler (Christopher Meloni) when a meeting with suspect Robert Silas (John Doman) turned into a bloody standoff.

As we learned in previous episodes, the task force was set to be disbanded, against Bell’s wishes, and she had agreed to take a desk job while the rest of her officers would be assigned elsewhere.

But, as fans had hoped, it was not the end after all. Ahead of the episode, Truitt told TheWrap that all her friends were bugging her about what was going to happen on the NBC series. “Even my mom called me, like, ‘What is going on? Because I know you are not leaving that show,'” she said. “I’m like, ‘Mom, no.’ Everybody was like, ‘Where are you going?’ No, all’s well, we’ll be together.” 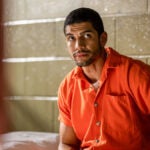 TheWrap: The task force was not in a good place last episode when the news was finally out in the open.

Danielle Moné Truitt: The last episode was Ayanna in a tricky place trying to decide whether to take this job. And then making the decision and telling her team, in the time that she felt it was necessary for her to tell them, especially Stabler. And then finding out that they all knew and nobody said anything. I think that Ayanna was kind of hurt that nobody said anything to her, especially at the end of the episode, everybody turns their back on her.

What the audience doesn’t know is, Ayanna’s reasons for taking the job. [Her estranged wife] Denise wants to move their child out of the city, and so, in an effort to keep her family together, whatever’s left of it, she takes this desk job, which is not a job she really wants. 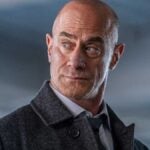 Things looked grim for Bell and Stabler for a while there in this week’s episode.

It kind of looked like we’re not going to make it. I think it’s a really cool device that the writers are using to form that bond once again, between Bell and the team. I think they are able to see regardless of what decision she made, Bell is always going to do what she feels is right. She’s going to give her all, even if it includes her life or her safety to make sure that the team is okay. And she’s never gonna leave anybody behind. Her taking a job to do what’s best for her family is not leaving anybody behind. She has all of them in her orbit and in her mind, even when she has to make hard decisions.

So she decides to turn down the other job.

Once they go through this situation together, she realizes that they really are a team, that they do good work together and that the NYPD needs this task force. The other departments are doing great work, but this is a specialized group of very talented, smart people. And there’s more work for us to do. So she changes her mind. In the end of the episode, you see her talk to (Deputy Inspector) Lillian Goldfarb (Janel Moloney) and she tells her, “I called the chief and said, ‘We’re not going anywhere,'” and she’s very upset, of course. 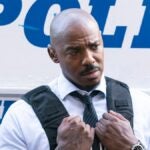 It’s been tough for Ayanna. Everyone was so mad at her for not telling them earlier about the dissolution of the task force. Is it going to take a while for everyone to rebuild trust?

I hope so. I feel like if anybody is worthy of trust, it’s Ayanna.

Stabler on a regular basis doesn’t listen to Ayanna and continually does what she asked him not to do. And the other people in the task force have done the same. Reyes has gone rogue, Jamie has done what he wanted to do. Jet ran back into a house that we were all supposed to be getting out of because there was a bomb, and went and pulled the camera because she felt like that was the best thing to do, even though that was not the order. So, you know, everybody on our task force has done something that they were not ordered to do. Or gone behind Ayanna’s back.

So I hope that she will be given some grace. Especially as the leader of the task force, she’s not obligated to tell anybody anything. She’s in charge. Because as a leader, you have to think about more than whether people are going to like you or not, to think about what’s actually best for the team and not people’s emotions. A leader isn’t built in those moments. A leader thinks past emotion and all that stuff. So they better give her the benefit of the doubt. 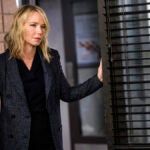