Mehcad Brooks, who made his debut as Detective Jalen Shaw on last week’s “Law & Order” crossover event, is a “huge fan” of John Oliver, despite the “Last Week Tonight” host’s savage critique that the show is “a complete fantasy” that glamorizes law enforcement and mainly serves as a police recruitment tool.

“I think he’s an incredible satirist. He goes after institutions, and ‘Law & Order’ is an institution,” Brooks told TheWrap. “That’s his brand. But the thing that really has inspired me about what was supposed to be a hit piece, was he said that ‘Law & Order’ is an extremely dynamic recruitment tool for police. Well, if, in five to 10 years, there’s more police who look and think like Jalen Shaw, great.”

His character is a former attorney turned cop who, in the season premiere, was often the voice of calm around his new partner Frank Cosgrove (Jeffrey Donovan) and Elliot Stabler (Christopher Meloni). 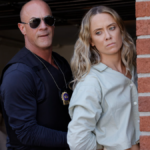 Brooks is the third Black detective on the series (after Anthony Anderson and Jesse L. Martin) and he brings his real-life experiences with cops with him, including being stopped by cops for jaywalking and ending up in the emergency room. He spoke with TheWrap about the change he hopes to bring to the series and why his character is a “calm wolf.”

TheWrap: Did criticisms like John Oliver’s give you pause before joining the series?

Mehcad Brooks: I don’t think anybody has had more experience in understanding the reality of what police brutality can do to us, to your person, your consciousness, your psyche and your family. I’m not saying I’m the poster boy for that, but I definitely do understand it from my lived experience. My first violent interaction with police, I was 7 years old. 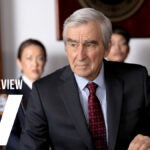 So I did have my own thoughts and beliefs about what I was stepping into, but at the same time, if you know that change is needed, do you do it from outside of the building throwing rocks at the building? Or do you go inside the building and say, “Hey, here’s where we can make a difference, where we can meet in the middle.”

African American people are not against police. We’re against police brutality. And if you can’t divorce those two things, then perhaps you’re the problem.

When Shaw and Cosgrove first meet, Cosgrove is hot-headed and all action, while Cosgrove is more by-the-book, but they do realize they have more in common than they thought.

That’s a very great observation. And perhaps it was art imitating life. Jeffrey and I are two big, big personalities and when we first met, we were both a little trepidatious, but then we figured out they were basically brothers from the same alien mother who was able to have two very different children. [Laughs] So, you know, we’re long-lost friends. I’m really enjoying the camaraderie that we have, the chemistry that we have. Feels more like a buddy drama/comedy going on. 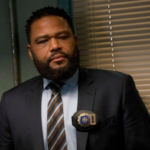 Had you met Jeffrey before this?

We were both on USA shows years ago and we met in passing briefly, but we hadn’t really had a conversation. And then we met at the chemistry read. And it was all up from there.

Did you have any input into your character’s background?

[Showrunner Rick Eid] had a conversation with me and pulled a lot of things from my life that informed the character and informed his decisions. I ended up in the hospital for jaywalking. I’ve seen that side of it, but I’ve also seen the side of my parents. My father is an attorney. My mother’s a journalist. I’ve met a lot of good cops. I have an uncle who was a homicide detective for the NYPD for 30 years. So I have seen both sides of it my entire life.

I’m going to work, but I’m also healing certain things in myself, understanding that the difference between policing and over-policing and crime solving, frankly. Knowing that there has to be a happy medium in between. 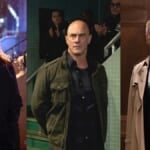 Is that Shaw’s perspective too? He seems to be the voice of calm and reason in the season premiere.

Yes, he does play things by the book. Yes, he is calm. As a matter of fact, the etymology of his name. Jalen is Jalan, which is, like Shalom, it means peace and calm in Latin. And the etymology of “Shaw” is Wolf in Welsh, so he is the Calm Wolf. That’s who he is. And that informs everything that I do as a character, like how would a wolf play this? The cool thing about a wolf is that it’s calm all the time. Until he’s not. Until it’s time to hunt. So when Jalen suspects somebody of being guilty, there’s a calmness. And you see that escalating into a place of pursuit. And then when he knows somebody’s guilty, the wolf comes out. So, that’s fun for me. It’s really fun for me. I’m getting goosebumps now talking about it.

Since this is a Dick Wolf show, did you have that conversation about being a “Calm Wolf” with him?

No. The interesting thing was, Rick was so inclusive in his process, he asked me if I had any ideas about the character’s name. And I wanted my character to be named after one of my uncles. But there was something that clicked in me and said, no, just stay out of that part of the process. Allow the character to be named with the character’s name and that will inform what you do. And so we named him Jalen Shaw. It just felt right. I looked up the etymology of those two names and here we are. I am playing the Calm Wolf.

What does the term “law and order” mean to you?

So, it has to work in every dimension and level. It has to work no matter what class you’re in, it has to work no matter what race you are, or who you know, who you don’t know, it has to work regardless [of] your privilege. So, I think we need law and order, maybe now more than ever. And there was something about this that was timely for me. There’s a part of me that really does want to go out there and help people, and I do and the ways that I can, but there’s wolf in me that wants to protect people who have been traditionally marginalized and I can’t just go out there and be some vigilante as an actor, but that part of my consciousness has a place to live in Jalen’s heart. 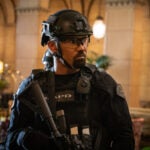 Also Read:
After George Floyd and Breonna Taylor, TV Rethinks If Cops Should Always Be the Good Guys
x