On the heels of the Boy Scouts of America’s bankruptcy in 2020, more than 82,000 sexual abuse claimants came forward against the organization before a court-mandated deadline for participation in a $2.7 billion settlement. The case appears to be the impetus for the documentary “Leave No Trace,” premiering at the 2022 Tribeca Festival ahead of its June 16 theatrical release and streaming on Hulu.

Although rampant sex abuse and coverup is the focus, director Irene Taylor (an Oscar nominee for co-directing the doc short “The Final Inch”) spends significant time exploring the Scouts’ American-as-apple-pie brand and the wickedness lurking within its ethos.

The century-old organization has been maintaining files on “ineligible volunteers” since the 1920s; the “red” list, as it was known then, was mistaken as an effort to root out communists rather than child molesters. Citing privacy concerns, the nonprofit has been adamant about keeping the files secret, never voluntarily sharing the info with law enforcement. 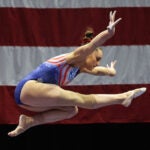 Instead, the BSA has dealt with abusers internally through a probation program and has afforded them second chances. In the 1980s, the organization faced routine sexual-abuse lawsuits but never went to trial, preferring to settle out of court, until a case brought by Kerry Lewis in 2010.

The documentary’s spotlight on sexual abuse victims is undeniably powerful. Two brothers from Lebanon, Oregon, who fell victim to scoutmaster Doug Young between 2015 and 2017, courageously appear on camera and speak about their experiences without silhouette obfuscation to protect their identities. This seems reckless on the part of the filmmakers, especially in light of the self-admitted impulsiveness of one of the young interviewees. The debatable ethics of this choice aside, the film vividly captures how the boys are not far removed from the trauma and are visibly still reeling in the aftermath.

Most of the older victims profiled here appear to have been able to distance themselves from the emotional scars and to carry on with their lives. So it’s extraordinarily poignant to see Stuart Lord of Boulder, Colorado, a bulky guy who lifts weights, breaking down while discussing his abuser, scoutmaster Lonnie Barnes. Lord kept the abuse a secret until he was 40 years old and filed a report with New Rochelle Police Department in 2012, when a detective informed him that Barnes had confessed to the abuse.

“I must’ve read that email 100 times,” Lord says tearfully, “because I no longer have to prove to people I was abused. I was free.” 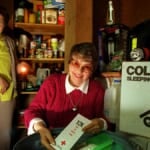 Taylor’s exploration of the Boy Scout brand yields less fruit. On the surface, the film is well researched. It splices in lots of archival material, including a few chilling depositions of the abusers, though some don’t provide relevant context. A 1974 NBC Saturday News exposé on the Boy Scouts’ padding of membership numbers to qualify for federal funds vaguely suggests a rotten organizational core. A protracted segment devoted to Norman Rockwell’s employment with the Boys Scouts from 1913 to the mid-1970s, seemingly communicates the organization’s carefully curated all-American brand image, but doesn’t add anything to the film more than its montage of a parade of U.S. presidents tacitly giving the organization their seal of approval.

Nigel Jaquiss, a Pulitzer-winning journalist, appears as the primary talking head, and the documentary is coy about his qualifications to speak on the Boys Scouts. There’s no mention of any book, investigative series, or single story he has written on the topic. The full disclosure comes only in the press notes: Jaquiss is Taylor’s classmate from Columbia University and serves as the lead investigative producer at her company, Vermilion, which is behind this film. 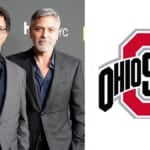 Print journalism forbids reporters from writing in the first person. TV journalism features reporters more prominently, but they still don’t interview themselves in their reports. While documentary features are less rigid about those rules, it’s unorthodox, to say the least, to see one featuring one of its five credited producers so prominently, and posing him as a third party by interviewing him and detailing his biographical background. (Who knows how many of his testimonials are scripted.)

What reporting Jaquiss does on the Boy Scouts is captured on camera, and his phone call with the organization’s consultant Rachel Rosenblatt, conducted from what resembles a shipping-container yard, comes off as particularly performative. One has to wonder about the film’s aversion to interviewing reporters who have actually covered the Boy Scouts’ scandals.

Jaquiss alludes to the fact that there are several attorneys representing different claimants, but the film limits its interviews to only those affiliated with Crew Janci LLP, a firm that specializes in sexual abuse cases. They are definitely experts, especially given that the firm’s name partner, Peter Janci, also provided representation in the Lewis case. However noble this work appears, however, the lawyers are not offering their services pro bono. The subject of their financial interests in the case is never broached. “Leave No Trace” at times verges on becoming what seems like an infomercial for an ambulance chaser, especially when Stephen Crew, Crew Janci’s founder, has a moment to wring a tear on camera.

The film’s texture and production value are rare among documentaries. Cinematography by Peter Hutchens, Nick Midwig, Peter Richardson, and Lauren Mueller is at times stunning, especially during scenes shot in Lonoke, Arkansas, shadowing a hunting trip taken by John Humphrey, elected leader of the Tort Claimants’ Committee that serves as a united front for claimants represented by different attorneys.

“Leave No Trace” tackles an urgent topic and relays essential truths. While its narrative transgressions aren’t nearly as egregious as the “Roadrunner” documentary’s employing A.I.-generated Anthony Bourdain voiceover, one still wonders whether the end justifies the means.