The “Empire” co-creator and his company, Lee Daniels Entertainment, have signed a new multi-year overall deal with the Disney-owned studio, extending their relationship following the recently announced series order for Daniels’ “Wonder Years” reboot at ABC.

“I’m beyond grateful to continue my partnership with 20th, Dana Walden, Karey Burke [president of 20th Television] and their amazing team, all of whom have wholeheartedly supported my vision over the past seven years,” Daniels said in a statement. LDE has so many exciting projects in the works from some of today’s most fresh and distinct voices that I cannot wait to share with the world.” 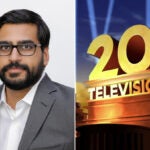 Daniels signed his first overall at 20th in 2015, shortly after the blockbuster debut of “Empire” at Fox. In the years since, Daniels has produced projects like “Star” at Fox, ABC’s new take on “The Wonder Years,” the FX spy drama pilot “The Spook Who Sat by the Door” and next season’s “Our Kind of People” at Fox.

“Lee Daniels is a master storyteller and a beloved partner to all of us at 20th Television. He leaves an indelible mark on every project he touches,” Dana Walden, chairman of entertainment at Walt Disney Television, said. “His relentless pursuit of authenticity is only matched by his deep respect for talent, and it’s no wonder that the greatest actors seize the opportunity to work with him. Karey and I look forward to continuing our relationship with Lee and collaborating on many more extraordinary stories ahead.”