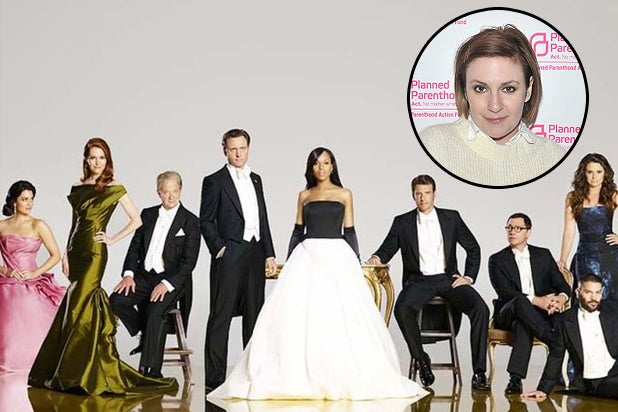 Lena Dunham is living the dream of every superfan.

Details on the “Girls” creator’s role are scarce, but she will appear in an episode in March and may get entangled with Olivia Pope’s OPA.

Dunham previously called such an opportunity, “Basically, my life’s great passion,” and has also incorporated Shonda Rimes’ ABC drama into her show.

In one scene from the show’s current fourth season, Shoshana (Zosia Mamet) is seen swooning over having a romantic relationship just like the one between “Scandal’s” Quinn and Huck — while watching the famously intense scene where he’s pulling out her teeth.

Dunham also spoofed the show during her hosting episode of “Saturday Night Live” in 2014.

Also Read: ‘Scandal’ Mind Trip, ‘How to Get Away With Murder’ Secrets Exposed as TGIT Returns (Video)

She writes, directs and stars as Hannah Horvath on HBO’s “Girls,” currently in its fourth season. She is represented by UTA.