Leslie Odom Jr. has joined the cast of Rian Johnson’s “Knives Out 2,” an individual with knowledge of the deal told TheWrap.

The actor, who received an Oscar nomination for his role in “One Night in Miami,” will join Daniel Craig, Edward Norton, Dave Bautista, Janelle Monáe and Kathryn Hahn in the film. 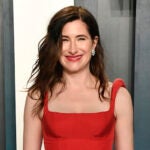 Odom Jr. will next be seen in New Line’s “Sopranos” prequel “The Many Saints of Newark” and sci-fi film “Needle in a Timestack” for writer and director John Ridley. Odom Jr. first broke playing Aaron Burr in musical “Hamilton” on Broadway for which he received a Tony.