The first of three rounds in the documentary feature judging has been completed, and in narrowing the contenders to 15, the Academy’s documentary screening committees have kicked a few big names out of the race.

The documentary committee is no stranger to controversy (remember “Hoop Dreams”?), but this year’s omissions aren’t going to stir up any grand talk of conspiracies. Gone are the days when the doc screening committee, made up of members whose only qualification was that they had lots of free time, would halt screenings by waving little flashlights 20 minutes into the movie. 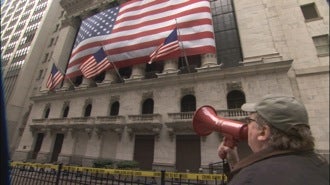 Now the committee is made up of members of the documentary branch, and now they watch everything all the way through.  The fact that the voters have to see every movie before voting throws many of the usual yardsticks (visibility, momentum, popularity) out the window.

It comes down, basically, to what they like. Which means that the shortlist can teach a few lessons about just how the voters think, and what they’re looking for. For example:

Michael Moore is the 800-pound gorilla in the field. He presented “Capitalism: A Love Story” as his magnum opus, and he worked it hard. Some reviews were raves; others weren’t. In the end, it’s likely that voters, unswayed by celebrity, just didn’t think it was good enough. (I didn’t, either.)

Davis Guggenheim was probably the second biggest name in the competition, a winner three years ago for “An Inconvenient Truth.” (Al Gore got the glory; Davis went home with the statuette.) Guggenheim made a wonderful documentary this year, “It Might Get Loud,” which didn’t get shortlisted. Because:

Or maybe age has nothing to do with it; maybe they’re just reluctant to rock.

Whatever the reason, “Anvil! The Story of Anvil” was one of the year’s funniest docs, the touching story of a real-life Spinal Tap. It attracted enthusiastic, high-profile fans. But it was also about loud, brash and more than occasionally stupid rock ‘n’ roll. And while the media, guild members and other guests went to “Anvil!” parties with Catherine Keener and Tilda Swinton and Cameron Crowe, the doc committee members watched it in a dark room and shrugged.

“It Might Get Loud,” meanwhile, was Guggenheim’s classy doc about three rockers: Led Zeppelin’s Jimmy Page, U2’s the Edge and the White Stripes’ Jack White. The musical performances were terrific, the conversations were often relevatory, and the whole thing was enormously entertaining. But it was about guys playing guitars.

“Soundtrack for a Revolution,” on the other hand, made the shortlist as a music-heavy doc that also has terrific performances, intercut with a civil rights movement primer that’s awfully pro forma and doesn’t tell you much that hasn’t already been seen in many previous documentaries. But the subject clearly gave it a gravitas with the committee that the rock docs didn’t have. Which means:

Yes, it was a cheap shot a couple of years ago when Oscar show presenter Jerry Seinfeld described the documentary nominees as “five incredibly depressing” films. But year after year, despite some notable exceptions, the nominees are a dour lot.

You don’t even need to look at the doc features to see this; just compare the shortlist in the documentary short category with the doc shorts nominees at the International Documentary Association awards. The IDA mixes it up with a lovely tone poem set high above London and a lyrical ode to a stark South Australian landscape in addition to last year’s serious, issue-oriented Oscar nominee “Sari’s Mother.” The Oscar doc short shortlist, on the other hand, was virtually all long (30- to 40-minute) docs on serious topical issues.

The funny thing is, entertaining often wins in the feature documentary category; witness “Man on Wire” and “March of the Penguins.” It just doesn’t get nominated very often. This year, the “Chorus Line” doc “Every Little Step” qualifies – which leads to a corollary to the last rule:

4. If you’re making a doc about a public figure, it helps if they have a little heft to them.

Anvil? Not so much pop-culture cachet. “A Chorus Line"? Classic.

Mike Tyson? Perhaps too volatile to make voters comfortable with a film that sometimes plays like an apologia, however revealing it is. Muhammad Ali? Sure, he’s unassailable.

Finally, here’s one last lesson – though it’s a lesson just waiting to be unlearned:

5. Maybe, just maybe, the Holocaust is played out as an Oscar doc subject.

We’ve now gone seven years since the last Holocaust-themed documentary feature was nominated (“Prisoner of Paradise”), and nine since the last one won (“Into the Arms of Strangers: Stories of the Kindertransport”).

It may have once been the Academy’s favorite doc theme. But as World War II recedes into the past and new members join AMPAS, the days of make-a-Holocaust-doc, get-a-nomination may be ending … at least until the next great Holocaust doc comes along.