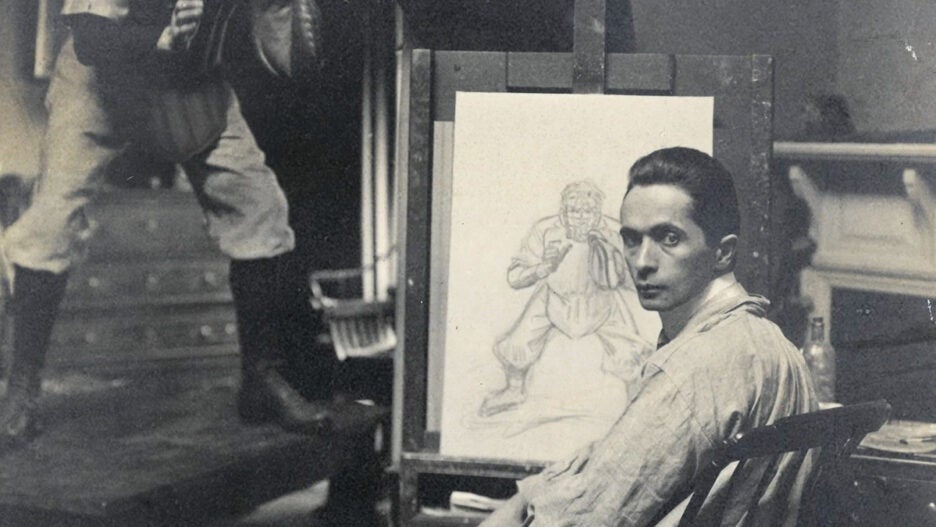 The saying “You have to see it to be it” holds special resonance for members of the LGBTQ community, where visibility isn’t just motivational or aspirational, but essential to our safety and our lives. When we see ourselves represented in authentic and diverse ways, it empowers us and leads to greater LGBTQ acceptance in society.

One of GLAAD’s key goals is to increase that kind of visibility in media. That’s why we were so moved and inspired by the new film “CODED: The Hidden Love of J.C. Leyendecker,” which won Best Documentary Short at the 2021 Tribeca Film Festival. Directed by Ryan White and narrated by Neil Patrick Harris, the documentary tells the powerful and relatively unknown story of 20th-century artist J.C. Leyendecker, whose hundreds of cover illustrations for The Saturday Evening Post and designs for some of the biggest brands of his day set the stage for advertising as we know it today. The film also weaves the past with the present through the voice of transgender model/actor Jari Jones.

Leyendecker popularized the kind of visual symbolism that brands still use to connect with customers, including a jolly Santa Claus at Christmas, fireworks on the Fourth of July and flowers on Mother’s Day. His appealing drawings of handsome, sophisticated gentlemen drew appreciation from women and admiration from men. But Leyendecker was forced to keep a secret in his work and his life: He was gay. In fact, his main model and muse, the one who earned those admiring glances from all audiences, was his lover and life partner Charles Beach. This profound documentary reveals the ways that Leyendecker’s artwork for national brands was coded with messages that spoke volumes to LGTBQ audiences, but remained hidden from his clients. By exploring Leyendecker’s personal story through the lens of his work, the film reveals the roots of the more inclusive advertising industry of today. It also serves as a platform to better understand the cultural forces that keep marginalized groups in the shadows.

J.C. Leyendecker joins the pantheon of unsung queer heroes like World War II codebreaker Alan Turing, whose contributions to modern society have been hidden and overlooked due to homophobia and misbegotten shame. Media, whether it’s a documentary like this one or an Oscar-winning film like “The Imitation Game,” have the power to accelerate acceptance for members of the LGBTQ community in a way that legislation and lived experience can’t. Leyendecker helped build one of the most influential and powerful mediums for representation and communication. The impact of an inclusive print ad or commercial can shift decades of entrenched thinking. That’s why GLAAD, the world’s leading LGBTQ advocacy organization, and Procter & Gamble, the world’s biggest advertiser, joined together to launch “The Visibility Project” earlier this year. Together we want to drive and sustain LGBTQ inclusion in advertising and marketing, harnessing the power to accelerate LGBTQ acceptance so business can be a true force for good.

We know that when it comes to advancing culture, progress is not linear. Leyendecker’s open-minded time, the expressive Roaring Twenties, was followed by the crushing Great Depression, and 30 years later, the fear and silencing of many marginalized communities during the McCarthy era. Today, a decade after the Supreme Court legalized marriage equality, we see the same institution rolling back rights for women and voters of color, leaving issues like marriage equality in the crosshairs. It is in these periods of regress, when excluded people may feel they need to hide who they are or code their behavior, that LGBTQ visibility becomes more important than ever. We exist in every community, and we need to be visible in the media and art that everyone sees.

Although we have recently won battles for marriage equality and workplace protections, we have seen how quickly progress can be lost if we don’t remain vigilant. That’s why awards contenders like “CODED” are so important: by reflecting all of humanity, they help people understand the challenges our community continues to face in the wake of increasing bigotry and hatred. With our numbers increasing, it is essential that advertising and all forms of media are not only inclusive of LGBTQ people, but continue to speak directly to us in authentic and expansive ways. GLAAD will continue to help brands and industries use their power to accelerate acceptance for the LGBTQ community at all of its intersections. With joy and appreciation, we recognize the contributions of unsung heroes like J.C. Leyendecker and media like “CODED” that elevates them, as we continue to amplify these culture-shifting stories

BIO Sarah Kate Ellis
Sarah Kate Ellis is the President & CEO of GLAAD, the world’s LGBTQ media advocacy organization. She is also the Executive Producer of the GLAAD Media Awards, She has run GLAAD since 2014 and expanded the organization’s mission by launching advocacy work beyond news and entertainment media to include advocacy efforts with global business, social media, video games, sports, and other drivers of culture.

Sarah Kate Ellis is the President & CEO of GLAAD, the world’s LGBTQ media advocacy organization. She is also the Executive Producer of the GLAAD Media Awards, She has run GLAAD since 2014 and expanded the organization’s mission by launching advocacy work beyond news and entertainment media to include advocacy efforts with global business, social media, video games, sports, and other drivers of culture.