Chaya Raichik was revealed as the creator and operator of the “Libs of TikTok” Twitter account this week and, as expected, is now garnering heavy support from conservatives across the platform.

Raichik’s identity was revealed in a new piece in The Washington Post, by writer Taylor Lorenz, on Tuesday. In it, Lorenz explains how the “Libs of TikTok” account has become a popular source of right-wing messaging. The account primarily reposts TikTok videos on Twitter, most often from LGBTQ+ people, “impacting anti-LGBTQ+ legislation and influencing millions by posting viral videos aimed at inciting outrage among the right.”

As a result of the article, Lorenz has been accused by conservative voices of doxxing Raichik. The official definition of “doxxing” is when people “search for and publish private or identifying information about (a particular individual) on the internet, typically with malicious intent.” In her article, Lorenz indicates that she followed a trail of Raichik’s previous account handles, some of which included Raichik’s name publicly.

Though some conservatives seem to be angry over Raichik’s name being revealed, they are now also vocally supporting her online. Ben Shapiro sarcastically tweeted in her defense, saying “Chaya Raichik is a villain because she gave more attention to attention-seeking people on TikTok! How dare she! The only attention they are allowed to receive is positive! STOP NOTICING THE CRAZY PEOPLE!”

On Tuesday night, Seth Dillon posted a thread in support of Raichik, revealing that he had personally made a deal with her “that will turn her heroic, high-risk work into a career.” Dillon later clarified that Raichik had not been hired by The Babylon Bee, the satire site he runs which is currently suspended from Twitter, but just that he and Raichik had worked out something individually.

You can check out some of the supportive conservative responses to Raichik below. 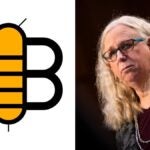