After appearing in a Super Bowl ad announcing her comeback of sorts, Lindsay Lohan has struck a creative partnership with Netflix to star in two different movies for the streamer.

Both of these movies add to the previously announced holiday film Lohan will star in later this year, “Falling for Christmas.” No other details were revealed about the other two film projects.

In “Falling for Christmas,” Lohan will play a newly engaged, spoiled hotel heiress who gets into a skiing accident, suffers from total amnesia and finds herself in the care of a handsome, blue-collar lodge owner (Chord Overstreet) and his precocious daughter in the days leading up to Christmas. 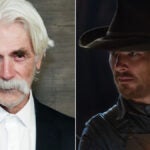 Also Read:
Sam Elliott Blasts ‘The Power of the Dog’ in Odd Rant: ‘Where’s the Western in This Western?’

“We’re so happy with our collaboration with Lindsay to date, and we’re thrilled to continue our partnership with her. We look forward to bringing more of her films to our members around the world,” Christina Rogers, Netflix’s director of Independent Film, said in a statement.

Lohan was one of the biggest movie stars in the world in the late 1990s and early 2000s, but she has retreated from film acting in the last several years, starring in 2013’s “The Canyons” from director Paul Schrader and the horror film “Among the Shadows” in 2019. She has appeared on TV as herself in “Lindsay Lohan’s Beach Club” and in other roles such as “2 Broke Girls” and was a guest judge on an Australian edition of “The Masked Singer.”

Lindsay Lohan is represented by APA. 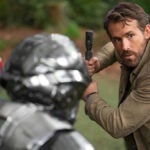