Paramount Pictures is set to reboot horror classic “Sleepy Hollow” with Lindsey Beer writing, directing and producing, according to an individual with knowledge of the project.

Plot details for “Sleepy Hollow” are being kept under wraps but Paramount is diving back into the horror IP with a fresh take after releasing Tim Burton’s version starring Johnny Depp in 1999. 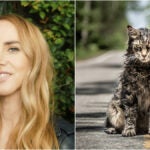 Beer is currently in post on Paramount’s follow-up adaptation of 2019’s “Pet Sematary,” based on Stephen King’s bestseller.

Garner is the founder and head of Broken Road Productions, which has an overall with Paramount. His Broken Road credits include the films “Mortal Kombat,” “Paul Blart: Mall Cop” and its sequel, “Knight and Day,” and numerous other films. Garner also produced “Senior Year” starring Rebel Wilson, which has been in Netflix’s Top 10 English-language movies for four weeks running, and was produced by Paramount Pictures’ Players division.

Beer’s writing credits include “Sierra Burgess Is a Loser,” “Chaos Walking, “Transformers: The Last Knight” and the upcoming live-action “Bambi” adaptation. She was also in the writers’ room for “Godzilla vs. Kong.”

Beer is repped by ICM Partners and Gang Tyre.