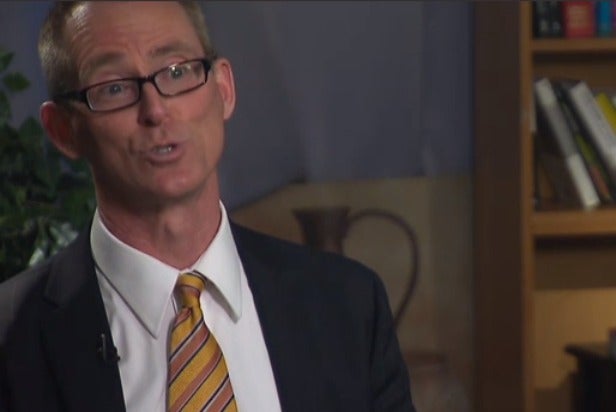 Bob Inglis, a former congressman and supporter of South Carolina Sen. Lindsey Graham, bragged to “The Daily Show” that his candidate has done zero for gays.

That’s an actual zero, the score Inglis boasted about on Graham’s scorecard with the LGBT group Human Rights Campaign.

Also read: ‘Daily Show’ Takes on Donald Sterling: ‘I’m Racist, but My Dick and My Wallet are Not’ (Video)

“Zero is zero,” said Inglis. “In other words, he didn’t even try to help them on their agenda.”

Klepper said in a voiceover: “And who wouldn’t want a zero from a human rights campaign?”

Inglis — who is not on Graham’s staff — is boasting about his candidate’s total lack of support for the group because Graham, of South Carolina, is trying to fend off challenges from the right.

Inglis is especially sensitive about right-wing challengers, because the former South Carolina congressman lost the race to a Tea Party candidate in 2010.