Lionsgate lost $45.6 million, or 20 cents per share, in its fiscal third quarter. The company posted revenues of $885.4 million, which was lighter than what analysts expected.

During the three-month period ended Dec. 31, 2021, Starz added 1.7 million global streaming subscribers. That’s a 44% uptick from a year ago.

Film revenue rose 10% from the comparable quarter at the end of 2020. Profits at that segment jumped 35% year over year. 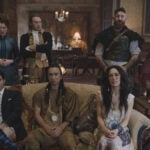 Also Read:
Every Ghost Will Be in Every Episode of CBS’ ‘Ghosts’ Season 1 Backorder

While TV revenue increased thanks to the performances of shows like CBS’ breakout new comedy “Ghosts,” profit sunk 35% when compared with Q3 2020. Newer shows have lower margins. A year ago, Lionsgate had a “Mad Men” licensing deal beefing up the small-screen segment.

Some of the negatives here can be attributed to COVID-related production delays.

“Our Television Group achieved a banner performance in the quarter in new series pickups and current series renewals, our library continued to generate strong high-margin revenue and our Motion Picture Group assembled a great pipeline of branded intellectual properties,” Lionsgate CEO Jon Feltheimer said in a statement accompanying the Q3 financials. “Though COVID-related production delays resulted in diminished subscriber growth relative to our expectations in the first half of the year, putting pressure on revenues and segment profit in the current quarter, Starz’s programming is back on track and expected to translate into continued subscriber growth going forward.” 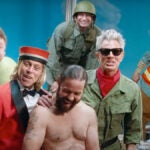 Also Read:
Why ‘Jackass Forever’ Is the Perfect Film to Boost the COVID-Era Box Office

Lionsgate lost money in the third quarter of 2020 as well, but it was less, at just under $14 million. On a per-share basis, that loss came out to 6 cents.

Stock in Lionsgate (LGF) closed Thursday under $15 per share. They heyday of Lionsgate valuation came four years ago, when shares were worth more than twice what it is today.

“Ghosts” was renewed for a second season last week. That’s kind of a no-brainer consider how well the imported comedy has performed in Nielsen numbers.