Lisa Marie, the daughter of late music legend Elvis Presley and Priscilla Presley, died on Thursday after going into cardiac arrest at her home in Calabasas, California.

The singer, who had just attended the Golden Globes on Tuesday to support Baz Luhrmann’s biopic of her father, “Elvis,” was 54.

“It is with a heavy heart that I must share the devastating news that my beautiful daughter Lisa Marie has left us,” Priscilla Presley said in a statement to media. According to multiple outlets, Lisa Marie will be buried at Elvis’ Memphis home, Graceland.

Presley had a series of high-profile marriages, including her 1994 nuptials with Michael Jackson, which many regarded as some kind of publicity stunt at the time. She appeared in his “You Are Not Alone” music video and they famously kissed onstage at the 1994 Video Music Awards to prove their love was real. She was also married to avowed Elvis fan Nicolas Cage from 2002 to 2004. 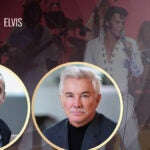 Also Read:
Why ‘Elvis’ Director Baz Luhrmann and Editor Jonathan Redmond Gave the Real Elvis the Last Word in the Film | ‘How I Did It’

In 2003, she followed in her father’s footsteps, releasing her first album, “To Whom It May Concern,” which was certified Gold. The single, “Lights Out” referenced the fact that Elvis was buried in the back yard of his Memphis mansion Graceland, next to his twin brother who died at birth: “Someone turned the lights out there in Memphis, That’s where my family’s buried and gone. Last time I was there I noticed a space left, Next to them there in Memphis, In the damn back lawn.”

In 2022, she told Express, “How many people have a family grave in the backyard? How many people are reminded of their fate, their mortality, every f—ing day?”

Elvis’ parents, Vernon and Gladys, are also buried at the Meditation Garden at Graceland, and so is Lisa Marie’s son, Benjamin, who died of self-inflicted gunshot wounds on July 12, 2020.

In 2004, she speculated that she would also be buried there one day. “All the graves are lined up and there’s a spot there, waiting for me, right next to my grandmother. I don’t plan on anything. I’m sure I’ll end up there,” she said.

After the death of her son, Lisa Marie largely retreated from public life, but was active in promoting “Elvis, with effusive praise for Austin Butler’s portrayal of her father. In June, when “Elvis” was released, she, her mother Priscilla, and daughter Riley left their handprints in cement at the Chinese TCL Chinese Theatre in Hollywood.

In May, she said that she “moved to tears” by Butler’s now-Golden Globe-winning performance. “Absolutely exquisite,” she wrote on Instagram. “Austin Butler channeled and embodied my father’s heart and soul beautifully. In my humble opinion, his performance is unprecedented and FINALLY done accurately and respectfully. If he doesn’t get an Oscar for this, I will eat my own foot, haha,” she joked.

Her most recent Instagram post is from August, in which she shared the essay she wrote for People about her grief over her son’s death. In it, she wrote, “It’s a real choice to keep going, one that I have to make every single day and one that is constantly challenging to say the least… But I keep going for my girls.” 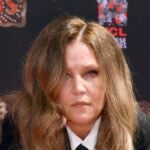