Pro tip: Watch “Lisey’s Story” with all of the lights on. And maybe a friend. Or a spouse. At least a dog.

On Tuesday, Apple TV+ unveiled the trailer for the series adapted from the Stephen King novel. Yeah, it’s a pretty creepy one — you’ll forgive Julianne Moore (who plays the title role of Lisey Landon) for those repetitive night terrors. Actually, amid your binge of the show’s eight episodes, you may join her in the nightmare routine.

J.J. Abrams pitched in on turning the best seller into a streaming series, but King actually wrote this show himself. That’s rare for the king of modern-day horror. 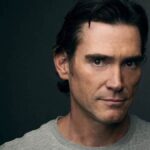 The Apple original series is set to premiere globally on Friday, June 4, 2021. The first two episodes will be made available at that time with a new one dropping each subsequent Friday.

“Lisey’s Story” is a “deeply personal, pensive thriller” — Apple TV+’s own words — that follows Lisey Landon (Moore) two years after the death of her husband, famous novelist Scott Landon (Owen). A series of unsettling events causes Lisey to face memories of her marriage to Scott that she has deliberately blocked out of her mind. 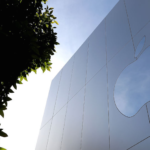 Watch the haunting trailer via the video above, and then join Lisey on her “bool hunt” for the truth. That is, if you want the truth. We’ll stick with “Ted Lasso.”

The trailer ends with what is essentially the main question within “Lisey’s Story.” Moore’s character asks: “Was it real? Or was it just my imagination?”