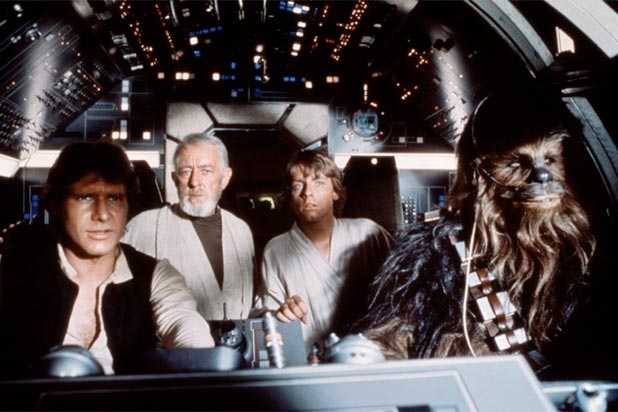 It was March 22, 1976 — the first day of shooting “Star Wars.” As Mark Ramsey’s new “Inside Star Wars” podcast reimagines those first hours in the Tunisian desert, it was a period of falling droids, an unlikely cameo by Jesus Christ, and lots of doubt from Sir Alec Guinness. You can listen to an exclusive clip on Apple or right here.

Ramsey is the host of the previous hit Wondery podcasts “Inside Jaws” and “Inside Psycho,” among others. Through research, a little imagination and stunning sound design, he and producer Jeff Schmidt re-create the grueling process of bringing now-classic films to life.

Also Read: Carrie Fisher Didn't Want to Be an Actress. She Became an Icon (Podcast)

“Inside Star Wars” bounces from a doubt-plagued George Lucas to bewildered thespian Sir Alec Guinness, and from Harrison Ford’s carpentry career to Kenny Baker’s family drama. It covers the entire lifespan of the film, long before the days of Disney and sequels and spinoffs. One of the later episodes finds a very grumpy Guinness making an unlikely request of a young fan, and certainly ruining the child’s happy memories of Guinness’ character, Obi-Wan Kenobi.

But the start of the first episode, excerpted above, takes us back to Day One. Ramsey imagines the frustrations of shooting in the desert, with droids that refuse to remain upright, or to stop retransmitting local radio signals. He also brings us a ridiculous moment when a droid wanders onto the set of another film shooting in the area — a film about none other than Jesus.

If you enjoy the under-four-minute excerpt above — and we’re pretty confident you will — you can subscribe to “Inside Star Wars” and listen to the first two episodes here.

Carrie Fisher, who never set out to be an actress, much less an intergalactic icon, deserves a movie of her own, for reasons we described in a “Shoot This Now” interview with Ramsey which you can listen to on Apple or right here:

May the Force be with you.