After last week’s rather leisurely episode, the non-stop barrage of enormous plot twists in a row in the fourth episode hit us like a ton of bricks. The last 20 minutes or so of the episode brought us a veritable fast and furious cavalcade of revelations. It overloaded out brains just a little bit, because it’s not so easy to grasp all the ramifications of everything we learned this week. But let’s focus on the end, which gave us the biggest surprise of all.

The climax this week saw Loki (Tom Hiddleston) and Sylvie (Sophia Di Martino) finally take down the Time-Keepers — who are apparently just robots, puppets for whoever is actually running the TVA. That’s a big deal, but not that surprising. I think we all kinda guess there was some kind of “Wizard of Oz” situation going on with those guys.

It’s after the bit when we get the real kicker though, when Ravonna Renslayer (Gugu Mbatha-Raw) finally gets what she wanted all along: to prune Loki.

Fortunately, our Loki is not dead yet. Or at least he isn’t completely dead. Or if he’s dead, it’s not in the normal way. This episode contains a mid-credits stinger, which follows up on where Loki went after he got zapped. Maybe this is another thing the TVA has been lying about this whole time. Maybe they aren’t actually getting rid of any of the variants they catch. 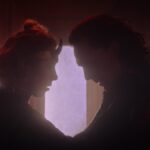 In any case, in the mid-credits scene, Loki wakes up in what looks a lot like a post-apocalyptic Earth city.

“Am I dead?” Loki asks no one in particular.

“Not yet,” a disembodied voice answers. “But you will be unless you come with us.”

Loki looks up, and seems pretty shocked by what he’s looking at: an old Loki wearing a pretty outstanding old comic book costume (Richard E. Grant finally shows up!), a Kid Loki, an alligator or crocodile wearing a Loki crown, and a Black Thor who’s wielding a version of Mjolnir that looks like it was made from a large wrench and a piece of a metal beam.

It’s a lot to process, but first things first. Black Thor. There has never been a Black Thor in the Marvel comics — that is, a son of Odin named Thor who is Black. But there is a story in which there is a group called the Thor Corps, in which several Black superheroes — Falcon, War Machine and Blade, to name three — functioned as Thor, each with their own Mjolnir hammers and everything.

Also Read:
‘Loki': What It Means That All the TVA Folks Are Variants

The Thor Corps is from a place called Battleworld, a planet created by Doctor Doom after the multiverse collapsed one time. This planet featured places from a bunch of different realities and jammed them all together like countries on a globe. The Thor Corps are the cops of this place.

The actor playing Thor here, Deobia Oparei, is obviously not an MCU hero that we already know filling in as Thor. Whatever his deal is, it’s probably not something from the comics. Probably. We can’t help but wonder if that destroyed city could be on Battleworld. It would fit with all this multiverse stuff.

But that seems very unlikely. As with all things MCU, we’re probably not going to be able to figure out what’s going to happen from reading the comics. That said, we definitely know a lot about that Kid Loki from the comics, and the Kid Loki stories give us a sneaking suspicion that we might know who that Old Loki is too: Ikol, whose name is just Loki spelled backwards. In the comics, Ikol is a big part of Kid Loki’s story.

As always, this stuff is exceptionally convoluted thanks to decades of muddled comics continuity. So keep that in mind. 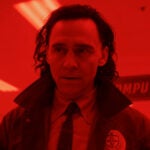 Kid Loki is the nickname for the reincarnation of Loki that debuted in 2010, created by writer Matt Fraction and artist Pasqual Ferry.

The original Loki was killed during the events of the comics’ Ragnarok storyline. Then, by stealing a body meant for Lady Sif, was resurrected as a woman known as Lady Loki. Then, after a bunch of evil machinations, Loki was restored to male form.

Once again a man, Loki did some more evil things, changed sides at the last minute to help The Avengers, and then died (again). Thanks to his being super manipulative, Loki managed to get his name deleted from the book of Hel and was reincarnated as a young boy who lacked any memory of the evil things he’d done in his former life.

Kid Loki was roundly rejected by everyone who knew his former self, but he nevertheless tried to win them over and also be a better person, with mixed results. Again, this is VERY convoluted but basically Kid Loki joins the Young Avengers, sorta betrays them, dies more than once, and after being brought back through magic, apparently dies for real during the “Asgardians of the Galaxy” limited series of Marvel comics.

Don’t worry, by this point the original Loki had managed to return, thanks to the introduction of Ikol. He was created by — again, we’re sorry, this is super confusing — Kid Loki.

Created by writer Kieron Gillen and artist Stephanie Hans in 2011, Ikol started out as the remaining bits of original Loki’s soul that existed within Kid Loki. After a weird struggle with that stuff, Kid Loki turned those remaining Original Loki soul bits into a magpie that he named Ikol (Loki, backwards) and condemned it to be his minion.

Ikol becomes Kid Loki’s companion and nuisance, and the two have a lot of adventures. Basically, Ikol exists to be the devil on Kid Loki’s shoulder. Eventually, Ikol and Kid Loki sort of merged into a single being that basically restored something close to the original Loki to life. This, by the way, involved Mephisto, because of course it did. 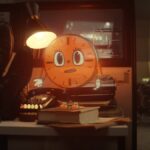 As for Gator Loki, we don’t have anything other than a silly version of Thor from the comics to go on here. Our best guess is he’s a variant meant to be the show’s version of Simon Walterson, a normal human in the Marvel Comics universe who was turned into a frog by a wizard and subsequently known as “Puddlegulp.”

Puddlegulp teamed up with Thor — who had been turned into a frog himself — and ended up coming into possession of a sliver from Mjolnir. Puddlegulp forged that sliver into a mini version of Mjolnir called Frogjolnir, which turned him into Throg, the Frog of Thunder. He was, by the way, created by the legendary Walter Simonson in 1986 — though Puddlegulp didn’t become the Frog of Thunder until 2017. That whole thing, obviously, was intended to be funny.

Whether Grant is actually playing Ikol or if these are just other random Loki variants that ended up in this mysterious place is something we’ll have to wait to find out about. And we have a lot more questions about that place, like whether all the pruned variants — like Mr. Mobius! — ended up there too. It probably is just some alt-Earth, and not Battleworld, but it’s a fun possibility to consider.

We could endlessly discuss all the ramifications of this crazy shot that’s going to spark so much chatter online in the next few days, but for now we’ve got a good starting point.