He may not know who Loki is anymore, but TVA agent Mobius will be back for Season 2 of the Marvel Disney+ series. Owen Wilson has officially confirmed he’ll be back for the next round of shenanigans in “Loki.”

Wilson affirmed his reprisal during WIRED’s “Auto-Complete Interview,” in which subjects answer the most-Googled questions about themselves. Among Wilson’s questions was “Is Owen Wilson coming back to Loki?”

He was hesitant to respond, but eventually did give the affirmative, and noted that he’ll be heading back to the Disney lot imminently. 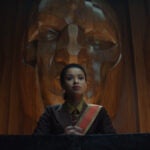 “Yes, he is coming back to ‘Loki,'” Wilson replied. “And I think we’re gonna start filming that pretty soon. I had a great time working on ‘Loki.’ I really enjoyed Tom Hiddleston and all the people on that.”

Granted, Mobius’s return was more than a little likely. When last we saw Mobius, he was back in the TVA, following the multiverse being split open by Sylvie’s (Sophia Di Martino) murder of He Who Remains (Jonathan Majors).

Sylvie, not wanting anyone getting in her way, shoved Loki (Hiddleston) through a portal back to the TVA. Except when he catches up with his pal Mobius, Wilson’s character has absolutely no idea who the God of Mischief is anymore, as Loki has apparently been shuffled into a different timeline where he didn’t become BFFs with the TVA agent. 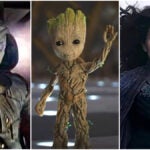 At this point, no story points for “Loki” season 2 are known, and Wilson is among just three of the cast members who have been explicitly confirmed.