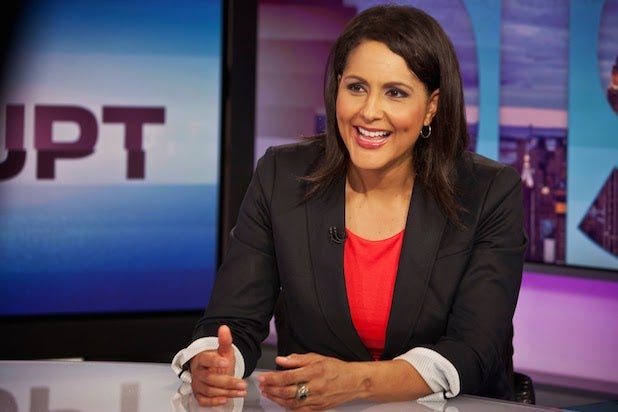 Karen Finney, who hosted a short-lived weekend show on MSNBC and also served as a network contributor for years, is no longer with the network, individuals with knowledge of the situation confirmed to TheWrap.

Finney popped up on CNN’s “The Lead” with Jake Tapper this afternoon to discuss the midterm elections. She tweeted about her appearance beforehand.

After 5 great years it was time to move on, I’ve left MSNBC. I’ll still be on the airwaves as a freelancer, later today as a guest on CNN.

Also read:  Inside MSNBC’s Evolution: How Phil Griffin Is Tinkering With Network

Finney, a former director of communications for the Democratic National Committee, hosted “Disrupt” on weekends for MSNBC for a year from 2013-2014, but the show was canceled this summer. She remained with the network as a contributor up until now.

As TheWrap reported Monday, MSNBC is in the midst of a strategy shift that focuses on sending talent into the country for more reported content. For Tuesday’s midterms, various network stars are reporting on-the-ground from various closely contested states, including Alex Wagner, Joy Reid, Ed Schultz, and Lawrence O’Donnell.