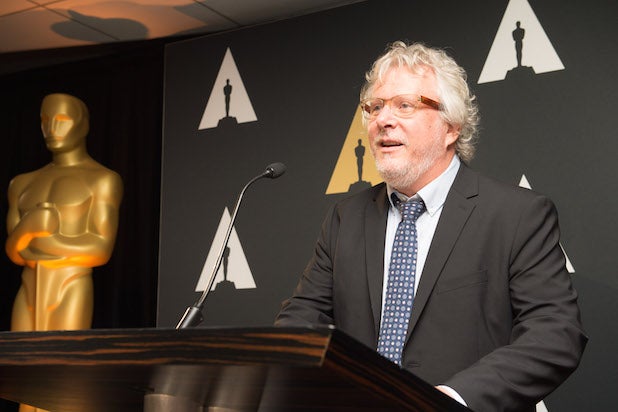 Johnson had headed the committee for 17 of the last 18 years and was one of the driving forces behind the current three-step process of selecting nominees. An Oscar  winner for “Rain Man” and a member of the Academy’s Board of Governors from the Producers Branch, he opted not to return after a year in which significant changes were made to the process, an individual with knowledge of his decision told TheWrap.

Academy President John Bailey, who has been an enthusiastic participant in foreign-language voting for years, choose Karaszewski, an Academy governor from the Writers Branch, and Weyermann, the president of documentary film and television at Participant Media.

Johnson headed the committee every year in this century except 2012, when term limits forced him off the board for a year. That year, the job was split between producer Ron Yerxa and the Academy’s former executive director, Bruce Davis.

Johnson headed the committee during the 2007 outcry over the voters’ failure to nominate the acclaimed films “4 Months, 3 Weeks and 2 Days,” “The Edge of Heaven” and “Silent Light” or even put them on the Oscars shortlist.

He was tasked with fixing the process to prevent future embarrassments like that one, and helped design a system in which volunteers from all members of the Academy, known as the general committee, view all the eligible films and pick six films for a nine-film shortlist.

Under the system, glaring oversights were much less frequent than in the past, even as some members complained that they were given less input than they once had. Johnson typically responded to those complains by saying, “It’s what’s best for the films, not what’s best for the voters.”

Last year, John Bailey pushed for further adjustments to the Oscars foreign-language system, with the Academy opening up the Phase 2 committees to any members outside of Los Angeles who wanted to participate, and allowing overseas voters to view and judge the shortlisted films on a secure Academy members’ website.

The changes put the final choice of nominees in the hands of a large group of members rather than curated committees, and made the voters a far more international group than in the past.

So far, only about half a dozen countries have announced their submissions to this year’s foreign-language race, but the competition is expected to include Pawel Pawlikowski’s “Cold War,” Alfonso Cuaron’s “Roma” and Laszlo Nemes’ “Sunset.”