Amazon’s “Lord of the Rings” series is finally here, and odds are you have some questions. Since it was first announced, “The Lord of the Rings: The Rings of Power” has been shrouded in secrecy, but with the release of the first two episodes fans now have a handle on not only the story being told, but how it’s being told in the wake of Peter Jackson’s Oscar-winning Tolkien adaptations.

Below, we’ve run down eight major points you should know before you start watching “The Rings of Power.” Consider this a spoiler-lite primer before you jump into the show that answers questions like how the series is connected to Jackson’s movies, when it takes place, how Sauron fits in and why there aren’t any hobbits. 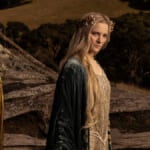 The first and most important thing to know about “The Rings of Power” is not only is this a prequel, it’s a prequel by thousands of years. Showrunners J.D. Payne and Patrick McKay said at Comic-Con that the difference between the time period of “Rings of Power” – which is in the Second Age of Tolkien’s books – and that of “The Hobbit” and “Lord of the Rings” — which is in the third age — is the difference between a world flourishing in prosperity and a post-apocalyptic wasteland. So when you’re whisked away to locations you remember from Peter Jackson’s movies, expect to be wowed by seeing them in all their resplendent glory (especially the dwarf caves of Moria!).

Sauron Is the Big Bad, But He’s Been in Power Before

There’s a prologue at the beginning of “The Rings of Power” that not only introduces the world, but also reveals that Sauron – you know, that big glowing eye from the “Lord of the Rings” trilogy – previously rose to power, waged war and was pushed to retreat. When “Rings of Power” begins, Sauron is thought dead or missing (but not by all), and this new series appears to be chronicling his second rise to power. In his initial rise to power, Sauron was a servant to Morgoth and waged war against the elves. When Morgoth was defeated, Sauron escaped.

Galadriel Is a Fierce Warrior… And She’s Being Gaslit

Galadriel, who was played by Cate Blanchett in Peter Jackson’s films, is essentially the protagonist of “The Rings of Power.” Much younger than when we know her in the films, this Galadriel is an elven warrior of great esteem who has an axe to grind with Sauron. But with her dogged pursuit of this ghost, her fellow elven warriors are beginning to doubt if Sauron is even out there, and her elders are pushing her to move on.

There are tensions between the races of elves and humans leftover from the war with Morgoth, specifically because a not insignificant number of humans threw their weight behind Morgoth and Sauron in that war. The elves have been keeping a watchful eye over areas that, historically, had high support for Sauron, and their “policing” of these areas furthers the tensions between the two races.

So this one’s confusing. Yes, there are hobbit-like creatures in “The Rings of Power,” but no, they’re not hobbits. Why? Because in Tolkien’s exhaustive history of his “Lord of the Rings” universe, he explains that hobbits did not exist in the Second Age. Instead, we see “harfoots,” which are a precursor race to the hobbits and have a few differences – although they’re still tiny, zany and obsessed with food.

The Dwarves Are Living in Prosperity

In keeping with the notion that the “Hobbit” and “Lord of the Rings” stories take place in a “post-apocalyptic” Middle-earth, the dwarves that we meet in “The Rings of Power” are absolutely living it up. The show’s second episode goes to Moria (aka Khazad-dûm) and in contrast to the abandoned mines we saw in “The Fellowship of the Ring,” the place is absolutely booming and teeming with life. It’s a sight to behold.

Peter Jackson Has No Involvement in the Show, But It Feels a Piece With His Films

While Oscar-winning director and screenwriter Peter Jackson shepherded the “Lord of the Rings” and “Hobbit” films, he has no involvement with Amazon’s TV series (although not for lack of interest on his part). But that doesn’t mean his influence is nowhere to be found. Indeed, while the aesthetic of “The Rings of Power” is distinct, it does feel like it takes place in the same universe as the movies that fans hold so dear. There’s no radical reinvention of what elves or dwarves look like, or how Middle-earth is portrayed. It’s merely a deeper, more expansive look at the world with a greater reliance on practical effects and sets than Jackson’s “Hobbit” films.

There Will Be 5 Seasons in Total

The final thing to keep in mind as you’re watching the show is that “The Rings of Power” is playing the long game. The showrunners have a five-season plan for the series, and Amazon only has the rights to tell these stories for that finite amount of episodes. That means we’re going to get a beginning, middle and end to “The Rings of Power” storyline, and what we’re witnessing in Season 1 is very much the beginning of the story. So sit back, relax and be patient – there’s a lot of road ahead, and it’s leading towards a definitive conclusion. 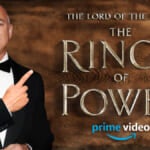