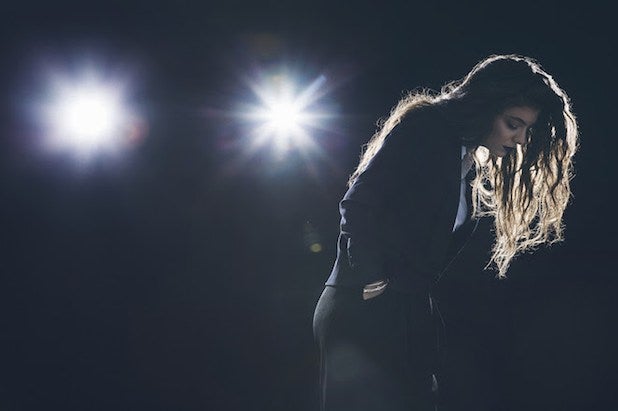 The first song off of the “Hunger Games: Mockingjay – Part 1” soundtrack was released on Monday, sung by 17-year-old Lorde.

“Yellow Flicker Beat” is Lorde’s first original song since the release of her 2013 studio album “Pure Heroine,” which featured her Grammy-winning hit single, “Royals.” Lorde has been given the prodigious task of selecting all of the music for the film’s accompanying album.

“It’s my first offering from what I hope will be a soundtrack you love,” Lorde wrote in a post on her blog. “It’s my attempt at getting inside her head, Katniss’. I hope you like it.”

“Mockingjay – Part 1,” the third installment of Lionsgate’s young adult franchise, will see the return of Jennifer Lawrence, Josh Hutcherson and Liam Hemsworth. The film is set to be released in theaters Nov. 21. Lorde’s curated soundtrack for the movie will be available Nov. 18.

Listen to “Yellow Flicker Beat” below.