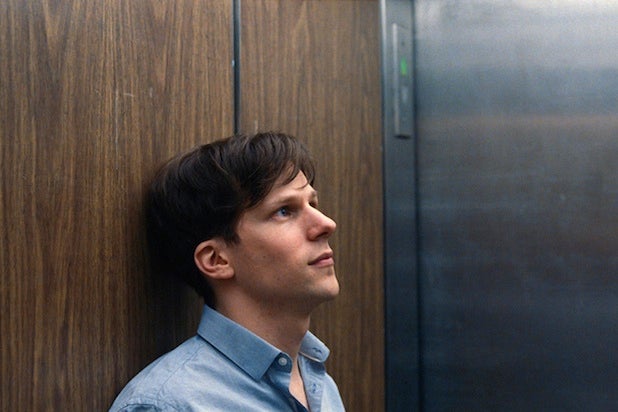 “Louder than Bombs” is Joachim Trier’s intimate family drama about the impact of a mother’s death on her husband and two sons. The story is told from the perspective of three different male characters who themselves are at pivotal crossroads in the lives of men — coming of age, becoming a new father, and settling into middle age as a widower.

The film, a main competition entry that had its first press screenings on Sunday night, leaves something wanting. But perhaps that’s more to do with the setting here in Cannes. You expect big and great things from the films that screen here, whereas “Louder Than Bombs” is more a poetic rendering of growing up than it is anything else.

The deeper meaning of the film comes in the examination of what we talk about when we talk about the truth. One kind of hard truth is truth in journalism. The mother (Isabelle Hupert) was a war photographer who used her camera to reflect the truth, no matter whom it might hurt, no matter how badly her subjects might feel about being caught on camera. Journalism, after all, has an obligation to the truth.

These are the questions the film ponders, eventually settling on truth being the better option, even if it is colored by one’s own personal feelings, because lies have a way of growing to bigger proportions.

Trier’s film never oversteps with the emotional development of its characters. Gabriel Byrne plays the father, who is trying to do both jobs of mom and dad and apparently failing miserably. Jesse Eisenberg has just had a baby with his new wife and is expected to rise to the occasion, but he too is failing badly. The youngest is Devin Druid, who is trying to wade through the treacherous adolescence of modern life – YouTube, video games – while navigating his way through his first incurable crush on a popular girl. And he is also failing miserably.

The mother’s death has arrested their development in some aspects, as they deal with the aftermath: what her death meant, how they can define it and, most importantly, how they go on with their lives after it.

The director doesn’t have tragedy on his mind with “Louder than Bombs.” This is a tender love story of discovery. The men find out more about their mother now that she’s dead than they ever did while she was alive.

There isn’t a single scene that falls flat or feels false. Trier dips in and out of flashbacks, dreams and fantasies, and even features some random videos from YouTube that we’ve all seen by now. Given the pollution in our culture, it’s a wonder there can be any authenticity left. The story of Huppert being one of the greatest war photographers of all time is the only part of the film that really feels unfinished, except in the way that this film could serve as a tribute to such a woman.

With so much noise headed at young men today, it would certainly be a relief for many of them to see something this sedate and quiet. Some may watch it and shrug. Some may find some common ground in what it feels like to have no idea where to go next. Either way, it’s going to have a hard time standing out here, at the festival of festivals, where you mostly go big or go home.