Comedian Louie Anderson, known for roles in “Coming to America” and more recently his FX series “Baskets,” has died. He was 68.

Anderson earlier this week was reported to be undergoing treatment for lymphoma, a form of cancer, in a Las Vegas hospital. He passed away Friday in Vegas, his publicist Glenn Schwartz has confirmed in media reports.

Anderson has earned three Emmy nominations with a win in 2016 for his performance opposite Zach Galifianakis in the FX show “Baskets.” He played Christine Baskets, the mother of two twin sons played by Galifianakis, one of whom gets a job at a small-time rodeo in Bakersfield after failing to make it as a clown. Anderson also won two Daytime Emmys for his performance in the ’90s animated series “Life With Louie,” which was based on his childhood in the midwest. 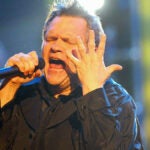 Anderson also recently appeared in Eddie Murphy’s “Coming 2 America,” reprising his role as the goofy fast food worker Maurice from the original “Coming to America” in 1988. He was also known for his regular appearances on late night television, dating back to his debut on “The Tonight Show” in 1984 and most recently on “Conan” this past March, where he said he had lost 40 pounds since the COVID-19 pandemic began.

Anderson made his debut on network television as a stand-up comic in 1984 on “The Tonight Show” with Johnny Carson and was known for his light on his feet banter with relatable stories about childhood as one of 11 kids growing up in the Midwest in Minnesota.

Louie Anderson also got the shot to host “Family Feud” starting in 1999, taking over the duties from longtime host Richard Dawson. In the wake of the 9/11 attacks, he even organized a special series of shows played by New York cops and firefighters that raised $75,000 for both organizations. He was let go from the show in 2002. 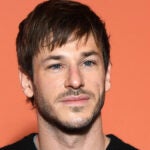 Some of his other film credits include a brief part in “Ferris Bueller’s Day Off,” “The Wrong Guys” and “Ratboys.” He likewise starred in a short-lived sitcom “The Louie Show” for CBS, and he’s had cameo appearances on “Scrubs,” “Search Party,” “Young Sheldon,” “Drunk History,” “Ally McBeal,” “Touched by an Angel” and more.

Anderson has published four books throughout his career that have discussed his life on the road and on stage, as well as books about his mother, and “The F Word,” about how to survive your own family. He had been touring and performing stand-up until late in his career.