It’s time to meet some of the islanders who will be starring in “Love Island USA.”

Peacock released a teaser Wednesday that reveals the first 10 contestants who will enter the villa on their search for love.

From the looks of things, this new spin on the U.S. version of “Love Island” is gearing up to be pretty spicy. One of the islanders, named Sydney, tells viewers that her friends would describe her as “funny as f—” before asking the producers: “Can you cuss on ‘Love Island’?”

We don’t hear the answer, but she replies “Oh, perfect,” which likely means she got the affirmative. Since the new iteration is on streaming, it can get away with much more than any show on broadcast (the first three seasons of “Love Island USA” aired on CBS).

You can get to know the rest of the islanders in the clip above. 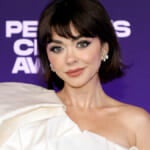 Peacock acquired “Love Island USA” from CBS in February and has already promised that the streamer’s version will be sexier and steamier in ways that the reality show couldn’t be on linear television. It is expected to lean more in tone and style toward the U.K. version of the show — which explains the move to bring Sterling on board.

The series follows a group of single “Islanders” in a villa in a tropical vacation, all looking for romance. The twist is that contestants must not only choose their partner wisely, but win the hearts of the public.

While in the villa, temptations rise and the Islanders must decide if they want to remain with their current partner or “recouple” with someone new. Throughout the season, those who are not coupled up will be at risk of leaving the villa. Viewers watching at home will also have a chance to weigh in on who stays and who goes home. 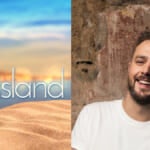