In what is said to be a competitive situation, Apple has signed Green to a multi-year agreement to create and develop new TV projects for the streaming service Apple TV+. The deal comes a week after HBO announced it would not move forward with a second season of “Lovecraft Country.”

Based on the novel by Matt Ruff, “Lovecraft Country” starred Jonathan Majors, Jurnee Smollett and Courtney B. Vance and debuted in August to critical acclaim. Ruff’s novel is a standalone work, but HBO had been in conversations with Green about a potential second installment before ultimately deciding not to move forward. 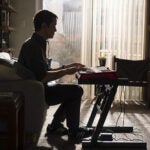 The new agreement with Apple reunites Green with Apple’s heads of worldwide video Zack Van Amburg and Jamie Erlicht and head of programming Matt Cherniss, all of whom previously worked with Green on WGN America’s “Underground.” Van Amburg and Erlicht developed the drama during their tenure at Sony Pictures Television, while Cherniss picked up the series as head of WGN America.

On the film side, Green is currently writing and producing “The Mother,” which will star Jennifer Lopez and be directed by Niki Caro. She is next set to make her feature directorial debut with the sequel to “Tomb Raider” starring Alicia Vikander for MGM, in addition to producing “Cleopatra Jones” and producing an adaptation of “The Gilded Ones.”