Lucy Liu finally spilled the tea on longtime reports of friction with Bill Murray on the set of 2000’s “Charlie’s Angels.”

In an interview on this week’s episode of the Los Angeles Times podcast “Asian Enough,” the actress recalled Murray’s “inexcusable and unacceptable” language toward her between takes.

“As we’re doing the scene, Bill starts to sort of hurl insults, and I won’t get into the specifics, but it kept going on and on,” Liu said. “I was, like, ‘Wow, he seems like he’s looking straight at me.’ I couldn’t believe that [the comments] could be towards me because what do I have to do with anything majorly important at that time?“ 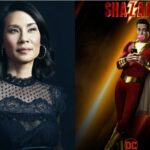 Liu said that she wasn’t willing to brush off the attack. “I literally do the look around my shoulder thing, like, ‘Who is he talking to behind me?’ I say, ‘I’m so sorry. Are you talking to me?’ And clearly he was, because then it started to become a one-on-one communication,” she said on the podcast. “Some of the language was inexcusable and unacceptable, and I was not going to just sit there and take it. So, yes, I stood up for myself, and I don’t regret it. Because no matter how low on the totem pole you may be or wherever you came from, there’s no need to condescend or to put other people down. And I would not stand down, and nor should I have.”

Over the years there have been reports of the on-set tension between Liu and Murray. And earlier this month, a former crew member named Shaun Obanian recounted his version of the events. 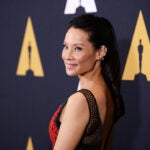 “Basically, Murray rewrote a bunch of scenes without telling anyone (including Drew who was a producer),” he wrote, referring to co-star and producer Drew Barrymore. “He put the new pages in everyone’s trailers & everyone came to set wondering where the hell the new pages had come from. Murray was the last to step on stage and by that time there was already mass confusion.”

“…Lucy spoke up, saying something like, “this is way out of line,” he continued. “Murray turned and said, ‘I don’t know what you’re complaining about. I have you more lines. I mean… look who you’re in with here. You’re TV… and this is the big league.’ At that point, Lucy shouted, “F— you, you fucking c***sucker!” And the AD’s promptly cleared the stage as Lucy ran off the stage crying.”

Obanian noted that, “He later apologized though not entirely sincerely imho.”

A rep for Murray did not immediately respond to TheWrap’s request for comment. But the actor told NME in a 2009 interview: “Look, I will dismiss you completely if you are unprofessional and working with me…When our relationship is professional, and you’re not getting that done, forget it.”

Even so, Liu said on the “Asian Enough” podcast that what happened between her and Murray is now in the past, and they have both moved on. “I have nothing against Bill Murray at all,” Liu said. “I’ve seen him since then at an ‘SNL’ reunion, and he came up to me and was perfectly nice. But I’m not going to sit there and be attacked.” 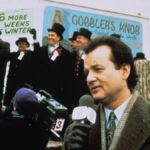